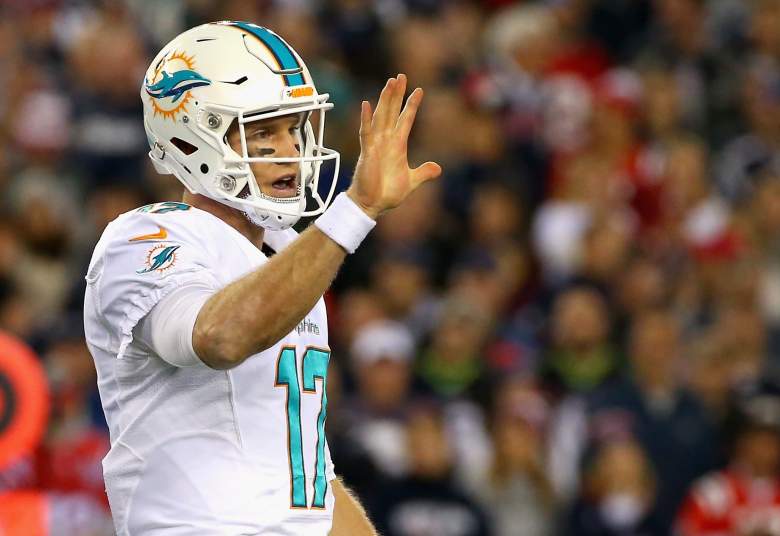 Ryan Tannehill needs to lead the Miami Dolphins back to the win column this Sunday against the Philadelphia Eagles. (Getty)

The Miami Dolphins are heading to Philadelphia and this team could really use a victory.

After looking like a brand-new team just a few weeks ago, the Dolphins have faltered a bit, including a 33-17 loss to the Buffalo Bills last week. Now, Miami is squaring off against a Philadelphia Eagles team that is rolling after an OT victory over the Dallas Cowboys.

If this Eagles offense can keep moving the ball, and exhausting opposing defenses, Miami may have a hard time this afternoon.

TV Channel: CBS locally with Kevin Harlan and Rich Gannon on the call. Click here to see if you fall within the broadcast zone.

The Miami Dolphins quarterback has completed just over 72 percent of his passes for 1,106 yards and eight touchdowns in his last four games, but, somehow, his team comes into Week 10 of the NFL season at just 3-5.

Tannehill has been consistently inconsistent throughout his career under center and it’s undoubtedly hurt the Dolphins ability to put together a string of victories. Although, Miami’s offense ranks 13th in the league in production, the problems under center have come back to haunt the team in crucial situations.

That can’t happen this Sunday.

The Eagles are rolling, feeling sky-high after last week’s dramatic OT victory over the Cowboys. Philadelphia’s offense looks good, but keep an eye out for its defense this afternoon, especially Fletcher Cox. The veteran defensive end has four sacks, three forced fumbles and one fumble recovery in his last two home games.

If Cox can jumpstart the Eagles defense – and get under Tannehill’s skin – Philadelphia is primed for a late-season run in an NFC East that is still very much wide open. 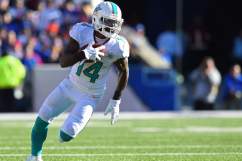