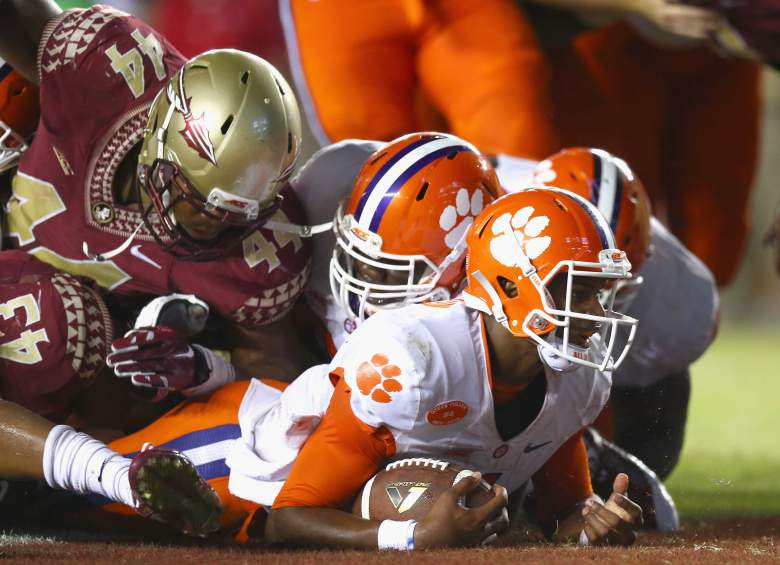 Clemson hosts FSU this afternoon in a battle for the ACC. (Getty)

Clemson takes on Florida State in a battle for the ACC this afternoon. Clemson is coming off its new number one ranking in the College Football Playoff rankings.

This is a matchup many circled at the beginning of the season to help decide who would win the ACC. Clemson comes in at 8-0 while Florida State is 7-1.

Here’s everything you need to know about this ACC showdown:

Line: Clemson by 10.5 (Line is according to OddsShark and subject to change.)

Live stream: You can watch the game on ESPN3.com or the WatchESPN app.

Game Preview: Clemson has played like one of the most consistent teams in the country and the selection committee rewarded them with a number one ranking.

The Tigers are led by quarterback DeShaun Watson who has the ability to throw the deep ball as well as make defenses pay with his ability to run. The Seminoles rested quarterback Everett Golson and playmaker Dalvin Cook last week against Syracuse. Both are expected to play today at Clemson. Cook is one of the most dynamic players in the country and has provided a huge spark to the Seminoles offense. The winner of today’s game will most likely win the ACC Atlantic division. 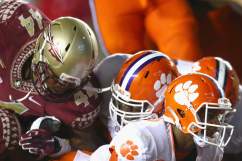