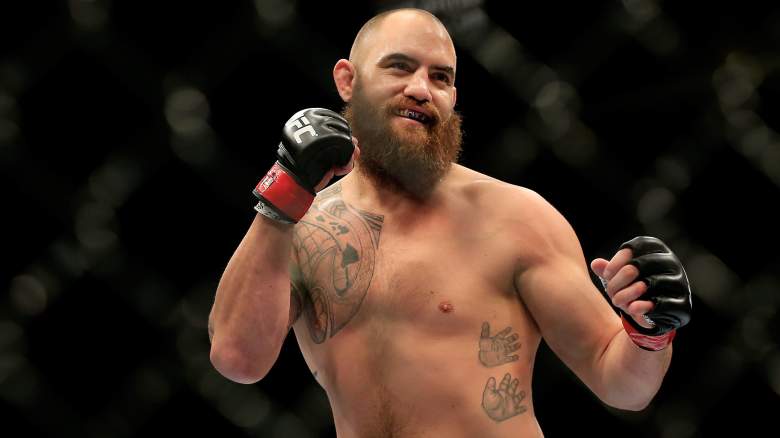 Ronda Rousey prefers to keep details of her personal life out of the spotlight, but that’s a difficult task when you happen to be one of the most dominant, popular athletes in the world.

And it’s even more difficult when your boyfriend goes on The MMA Hour podcast and announces to the world details of your relationship, which is exactly what fellow UFC fighter Travis Browne did during the lead-up to UFC 193.

“She’s my woman, and I’m her man,” he said. “There’s no boyfriend-girlfriend stuff. There’s no dating. We’re together.”

In a statement released to ESPN, Rousey, who hung up on a media conference call when she was asked a question about Browne in October, confirmed the news:

I don’t talk about my personal life much. That’s why it’s called ‘personal life.’ It’s true that Travis and I are in a relationship. I’ve really enjoyed the time we have spent together and getting to know one another. And that’s all I’m going to say about it.

News of Rousey’s involvement with Browne came as a bit of a controversy due to him recently being in the headlines for the wrong reasons.

In July, his now estranged wife, model Jenna Renee Webb, accused him of domestic violence when she posted a picture of herself with bruises on Instagram. Browne was pulled from an upcoming UFC appearance, but in August he was reinstated after an investigation “found inconclusive evidence to support claims of alleged domestic violence.”

Browne, who at 33 is five years older than Rousey, is 17-3-1 in his MMA career and ranked No. 5 in the heavyweight division. Most recently, he lost to Andrei Arlovski via first-round knockout at UFC 187 in May, and he’s expected to return to the Octagon in January against Matt Mitrione.

Of course, it the concept of people adopting qualities of significant others is true, it won’t be long before Browne gets his title shot. 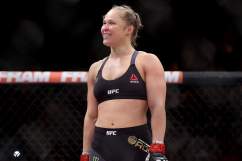