It isn’t exactly a thrill for Chelsea to return to league action, where they currently sit 12th in the table. But after success in FA Cup and only minor failures in Champions League, Guus Hiddink’s men will get back to the usual business against Southampton. The Saints have gone three games unbeaten against Chelsea, most recently winning 3-1 at Stamford Bridge earlier this season.

Southampton have won four straight home fixtures, and have gone over nine hours of football without conceding a goal. Ronald Koeman’s side are just one point behind Manchester United for fifth place in the table, and are in line for a second consecutive Europa League finish.

John Terry still isn’t ready to return for Chelsea, who still haven’t lost in the Premier League since Guus Hiddink assumed manager duties. Southampton are without any major setbacks, and Fraser Forster has been the league’s best keeper since returning from injury. 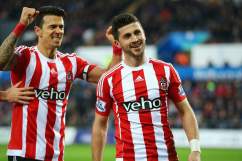 Chelsea vs. Southampton Live Stream: How to Watch Online