It took 100 years, but Copa America will hold it’s Centenario in the United States for the first time in history. Before the tournament kicks off in June, tonight’s draw will finalize the schedule for the 16-team competition.

USA, Mexico, Argentina and Brazil have already been slotted into Groups 1-4. The other three teams in each group will be drawn from pots, as the teams are separated by region and ranking.

The first four teams make up Pot 1, which has already been drawn. Pot 2 is the most dangerous pot, consisting of the top-ranked teams in CONMEBOL. Last year’s champion Chile is in there, joined by World Cup-caliber sides Colombia and Uruguay. Ecuador round out the Pot, a slightly weaker team that other sides would rather play against.

Pot 3 consists of teams from CONCACAF, and presents an array of different squads. The class of the Pot are Costa Rica, who have young talent and an organized defense. They would be a tough out for a team like USA, who would rather face Pot 3 candidates Jamiaca, Haiti or Panama.

The final Pot is the remaining CONMEBOL teams, who haven’t always had success but could still present a challenge to the top teams. That Pot contains Bolivia, Paraguay, Peru and Venezuela. 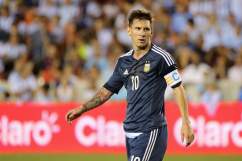 Find out how to watch in Spanish at AhoraMismo.com: