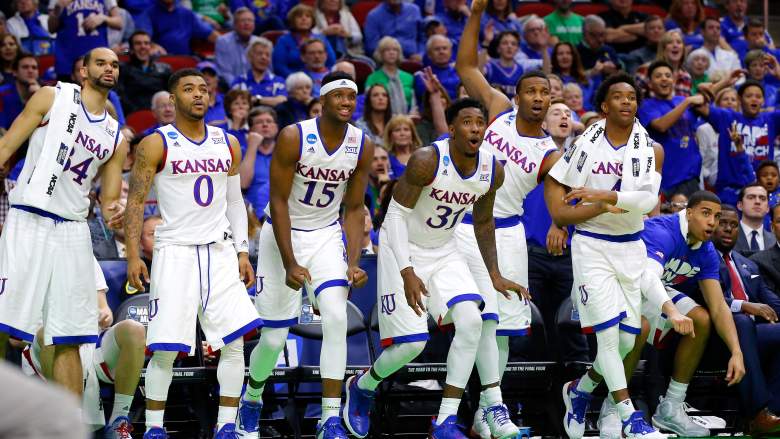 Looking to make its first Sweet 16 since 2013, Kansas takes on UConn. (Getty)

Kansas and Connecticut have combined for 19 Final Four appearances and seven championships, but they’ve never met in the NCAA tournament.

That changes on Saturday night.

You can click here for information on when and where to watch the Round of 32 matchup, and you can read on for all the odds, courtesy of OddsShark:

During Kansas’ current 15-game winning streak, the Jayhawks are an impressive 12-3 against the spread. They’ve also hit the over in four of their last five, displaying nice consistency for bettors.

Don’t overlook Connecticut, though. The Huskies, who won the AAC tourney and always seem to play better in March, are 5-0 straight up and 5-0 against the spread in their last five games. Moreover, in the last 13 games in which they have been underdogs by eight points or more, they’re 10-3 against the spread.

Yes, the Jayhawks are widely regarded as the best team in the country and are expected to advance to the Sweet 16, but the Huskies have the backcourt play, the defense and the free-throw shooting to make things interesting. 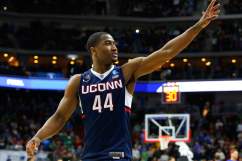