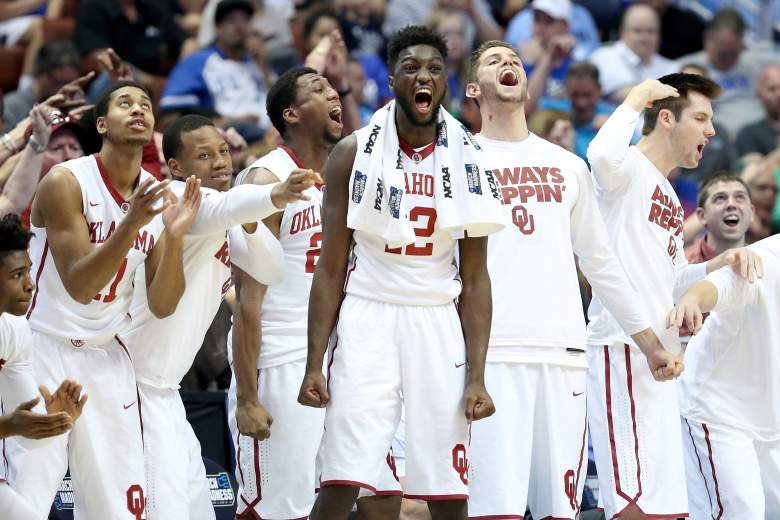 Oklahoma finally covered the spread on Thursday night and the Sooners are riding some serious betting streaks heading into the Elite Eight. (Getty)

Oklahoma and Oregon both came in as the favorites in their respective Sweet 16 matchups on Thursday night and, as expected, both squads walked off the court with fairly impressive victories.

The Sooners showcased they’re more than just Buddy Hield’s jumpshot with a win over Texas A&M, while the Ducks took down reigning champion Duke with ease.

Now, it’s a No. 1 vs. No. 2 matchup for a chance to move on to the Final Four and this one likely won’t be quite as easy. Read on for a complete breakdown of the odds outlook for the matchup, via OddsShark:

Oregon has, officially, silenced the doubters.

The Ducks, whose No. 1 seed earned its fair share of criticism at the start of the NCAA Tournament, breezed by Duke in the Sweet 16 earlier this week and come into their Elite Eight tilt riding an 11-game win streak.

Oregon is 9-0 SU in its last nine against teams with a winning record and throughout the course of the current win streak has gone 7-4 ATS as well.

Oklahoma, however, has not been too bad either. In fact, the Sooners have been pretty good as well. OU is 9-2 SU in its last 11 games and notched the first cover of the tournament with the victory over Texas A&M.

While Hield has been dominant on the offensive glass, frequently jumpstarting the Sooners offensive play, Oregon hasn’t been quite as strong on the board. The total has gone UNDER in seven of the Ducks’ last 10 games.