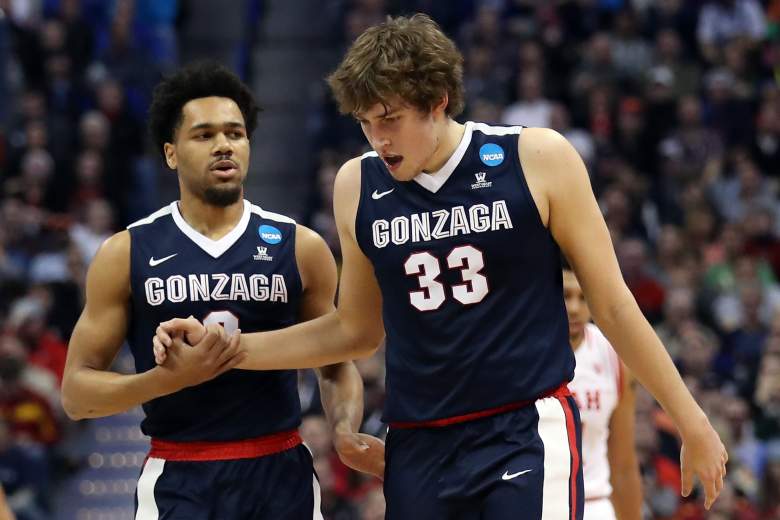 Gonzaga may be an 11 seed, but the Bulldogs haven’t been playing like an underdog during the NCAA Tournament. (Getty)

After an opening weekend that saw some of the most incredible upsets in recent NCAA Tournament history, it suddenly feels as if we’ve lost all our possible Cinderellas heading into the Sweet 16.

Far be it for us to disagree from the masses, but we’d like to nominate Gonzaga to fill that role.

The 11-seeded Bulldogs have been nothing short of dominant throughout March, first winning their conference tournament and then notching a pair of lopsided first round victories last weekend. So, sure, the ‘Zags have been here before, but that doesn’t make their run any less impressive, or their matchup against Syracuse on Friday night any less interesting.

After all, Syracuse wasn’t supposed to be here. The Orange weren’t even projected to make the field of 64, let alone compete for an Elite Eight berth.

Read on for a complete breakdown of the odds outlook for the matchup, via OddsShark:

History is on Gonzaga’s side on Friday night.

The same cannot be said for Syracuse.

The Orange are 1-4 SU in their last five days with four days off between games and are 0-4 SU (3-2 ATS), the last five times they’ve been underdogs. There is, unfortunately, more. Syracuse is also 2-6-1 ATS in its last nine Sweet 16 appearance since 1996.

Add into the mix a slight concern for who Syracuse has defeated to get to this point – Dayton and Middle Tennessee – and a matchup against Gonzaga could be a big-time challenge for the Orange.