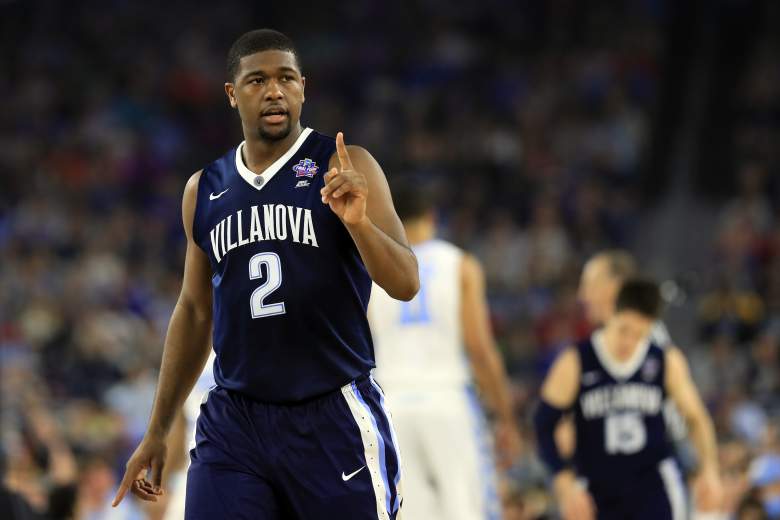 Kris Jenkins secured his spot in college basketball history with a game-winning shot in the national title game. (Getty)

This is March Madness? Well, this is April Madness, technically. But that doesn’t make it any less awesome.

With the seconds ticking down in regulation, Villanova’s Kris Jenkins hit a three-pointer to clinch a national championship for his Wildcats, defeating UNC 77-74. Check it out and savor all the championship glory:

The victory gives ‘Nova its second national championship in as many appearances and the squad’s first since 1985. It was a dramatic game, particularly after North Carolina’s Marcus Paige had drained the game-tying three just moments before on the previous possession.

It was a fitting end to the night for Jenkins, however, who had been whistled for a pair of fouls in the early minutes of the first half and spent much of the second half back and forth between the bench and the court. Want another angle of the game-winning shot? It’s cool. We get it. Check out the courtside view here:

“I was just shocked,” said Villanova coach Jay Wright during the post-game interview. “Kris Jenkins has just been incredible all year…Kris Jenkins lives for that moment.”

Jenkins finished the game with 14 points on 6-of-11 shooting. He hit just two three-pointers. It was more than enough.

Read More
NCAA Tournament
He hit that? He he hit that.