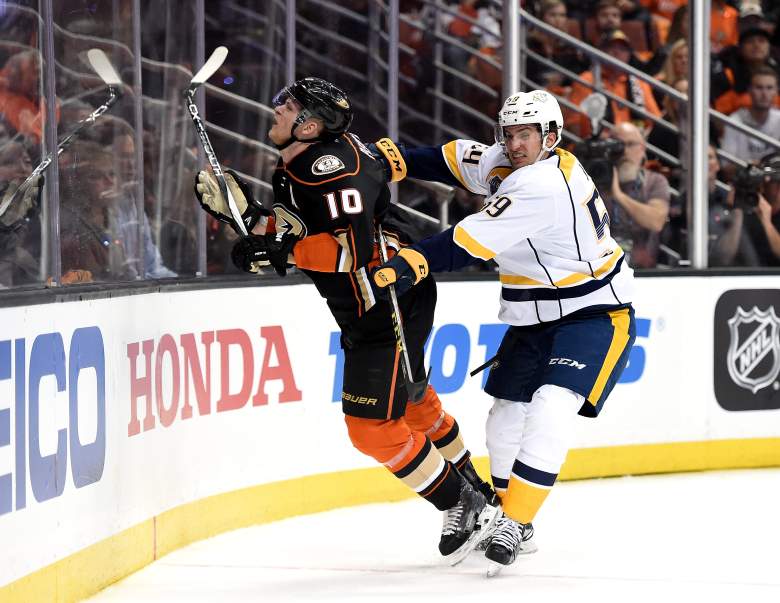 The Anaheim Ducks look to even up the series on home ice tonight. (Getty)

The Anaheim Ducks are ready to turn things around. You know, again.

After jumping out to a lead over the Nashville Predators in Game 1 on Friday night, the Pacific Division champs fell 3-2 and skated off the ice less-than-pleased with their collective performances.

That can change tonight, however, as the squads return to the Honda Center for Game 2. After all, Anaheim is determined to at least open the series on home ice before heading to Nashville later this week.

Puck drop for the game is slated for 10:30 p.m. ET and is being nationally broadcast on NBCSN. Don’t worry if you wont’ be near a TV though. We’ve got ways to stream the game online and on mobile:

Read More
Hockey, NHL
The Ducks look to even things up after being somewhat surprised by Nashville in Game 1. Here's how to watch it all play out.