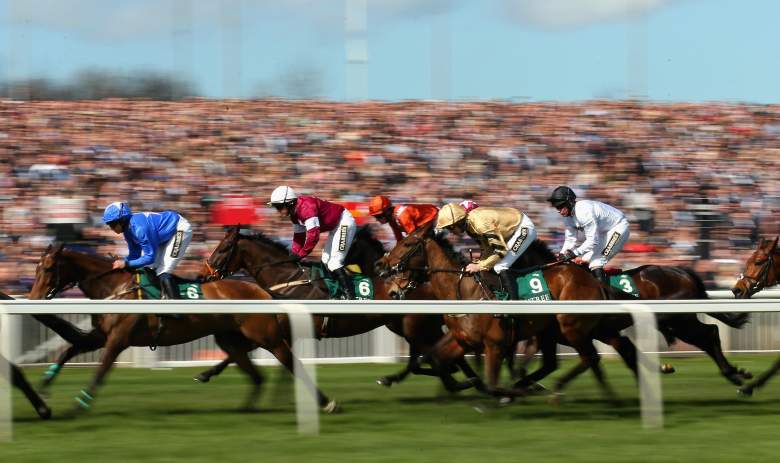 The excitement is building for the 2016 Grand National. (Getty)

The 169th Grand National race gets underway Saturday at Aintree. Many Clouds and his rider Leighton Aspell will attempt to win back-to-back Grand Nationals in Saturday’s race.

Here’s a look at the details for the Grand National 2016.

Odds: According to The Telegraph, Many Clouds (8/1) and Silviniaco Conti (12/1) are the two favorites heading into the race.

Race Preview: Grand National favorite Many Clouds is looking to make history on Saturday. According to the BBC, a horse has not won back-to-back Grand Nationals since Red Rum did it in the 1970’s. Many Clouds will look to put himself into the elite category in Saturday’s race.

Jockey Leighton Aspell has won two straight Grand Nationals and a victory on Saturday would make him the first person to ever win three straight. He won in 2014 with Pineau De Re and last year with Many Clouds.

According to The Telegraph, the first Grand National race occurred in 1839. It is an impressive feat to win the race given it is over four miles long with a total of 40 horses competing. An estimated 600 million people watch the race from all over the world.

Read More
Horse Racing
Find out all the details about the Grand National race including the time, television channel, broadcast info and the favorite to win in our race preview.