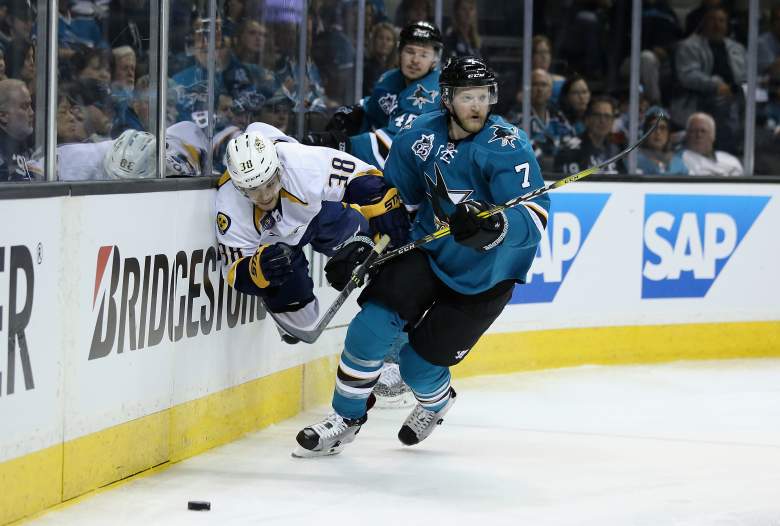 The San Jose Sharks roared back with five goals in the final 20 minutes of play on Friday night to win Game 1. (Getty)

That got exciting rather quickly.

The Nashville Predators jumped out to a two-goal lead early on Friday night before the San Jose Sharks defended their home ice by notching five goals in the third period and grabbing a Game 1 victory as well. Of course, the Sharks had been sitting on a week of rest ahead of the second round opener, while Nashville was just a day removed from its first-ever Game 7 in franchise history.

Expect tonight’s matchup to be a little more even when it comes to late-game performances.

Read More
Hockey, NHL
San Jose brought the offensive pressure in the third period and now looks to bring that momentum into Game 2. Here's how to catch the matchup.