In another heartbreaking moment for Argentina, Leo Messi missed a costly penalty kick as Argentina lost the Copa America Final to Chile for the second straight year. Messi’s penalty kick sailed over the bar during PK’s after a scoreless match.

The miss marked the first missed penalty kick of his career as Argentina continued its winless streak in international tournaments with Messi at the helm. Messi was the first player for Argentina to take a kick. Argentina had blocked Chile’s first penalty kick to give them the advantage heading into Messi’s kick.

While it was heartbreak for Argentina, Chile was euphoric as they captured their second straight Copa America title.

Messi has had a rocky relationship with his home country and this could only make matters worse. There are fans that resent him for failing to bring a big trophy home.

His quiet persona has often put him in the shadow of Argentinian legend Maradona. Messi has also received criticism for leaving his home country to play in Spain.

Messi was visibly distraught after the surprising miss: 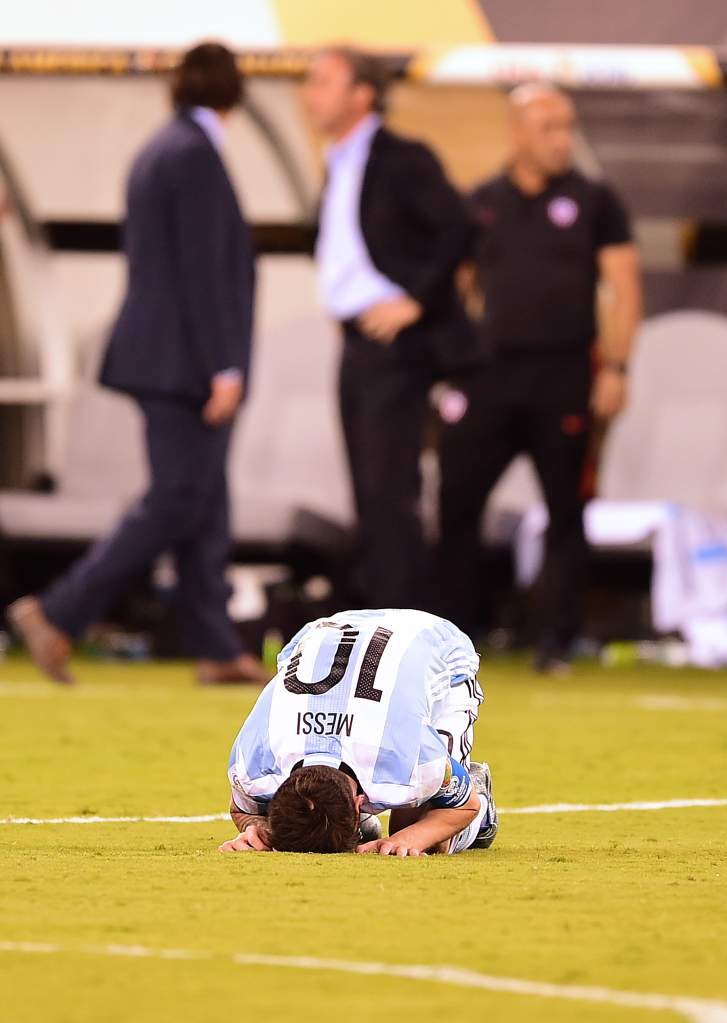 Messi falls to the ground after the Copa America Final loss. (Getty)

DIDN'T EVEN FEEL THIS SAD AFTER THE WORLD CUP FINAL. MESSI CRYING MAKES IT SO SO MUCH WORSE. pic.twitter.com/IDmEJxK2qb

Messi just wandering around the field, chewing on his jersey, getting on his knees, looking like he’s gonna throw up.

Missed one Pk and everyone forgets what Messi has done for this team to get to the final..