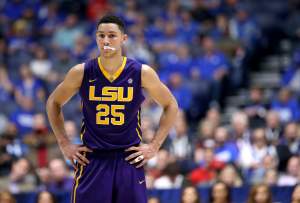 The NBA offseason officially begins on Thursday with the 2016 NBA Draft. ESPN begins its coverage at 7 p.m. Eastern with the draft officially starting at 7:30 p.m. Eastern at Brooklyn’s Barclays Center.

Odds: Ben Simmons and Brandon Ingram are the favorites to be the top two selections.

Live Stream: ESPN will offer a live stream of the NBA Draft through WatchESPN. You will need a cable or satellite login to access the stream. Click here for the full streaming details.

NBA Draft Preview: The NBA Draft is expected to get started at the third pick with the top two selections looking like they are already decided. Sixers GM Bryan Colangelo has said Ben Simmons agreeing to workout for the teams has cemented him as the number one pick for the Sixers.

Brandon Ingram is expected to go to the Los Angeles Lakers with the second selection. The Boston Celtics pick third and have been linked to multiple players. The Celtics are in a unique position having made the playoffs and also have the luxury of a top five pick they acquired from a previous trade with the Brooklyn Nets.

The draft is seen as having a lot of depth, but little star power beyond Simmons and Ingram. Unlike most years, there is a wide range for the majority of the players that will be sitting in the green room on Thursday evening.