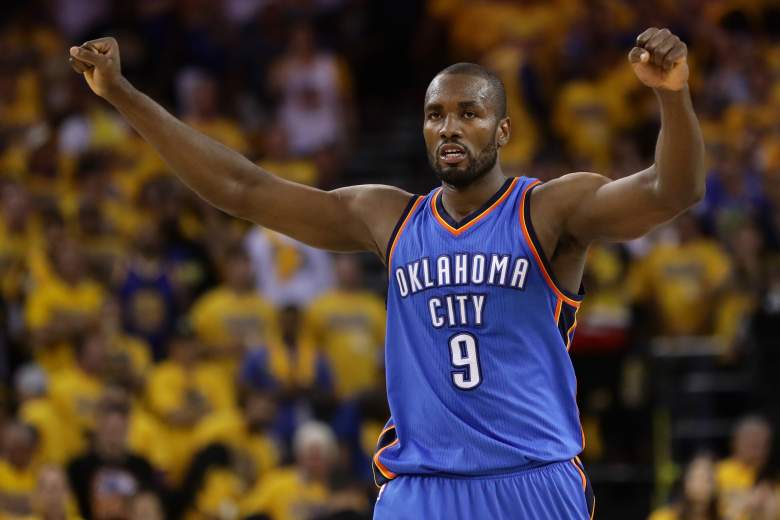 Serge Ibaka is headed to the Orlando Magic. (Getty)

According to Yahoo’s Adrian Wojnarowski, the Oklahoma City Thunder have traded Serge Ibaka to the Orlando Magic for Victor Oladipo, the rights to the 11th pick Domantas Sabonis and Ersan Ilyasova.

Orlando will send Victor Oladipo, Ersan Ilyasova and rights to Sabonis to the Thunder, sources said.

The Thunder were rumored to be looking to move Ibaka while the Magic have a logjam of wing players. Ibaka gives them a defensive presence down low.

I like the Ibaka trade for #Magic. Get experienced rim protection down low. Oladipo trade makes room for Hezonja & Fournier. Clears logjam

Not that anyone cares about my NBA thoughts, but if you view the Thunder-Magic trade in the prism of what it does for a potential…

BREAKING: #Magic trade Sabonis, Oladipo, Vucevic, and Gordon for a late second round pick, a twelve pack of miller lite, and a Slim Jim