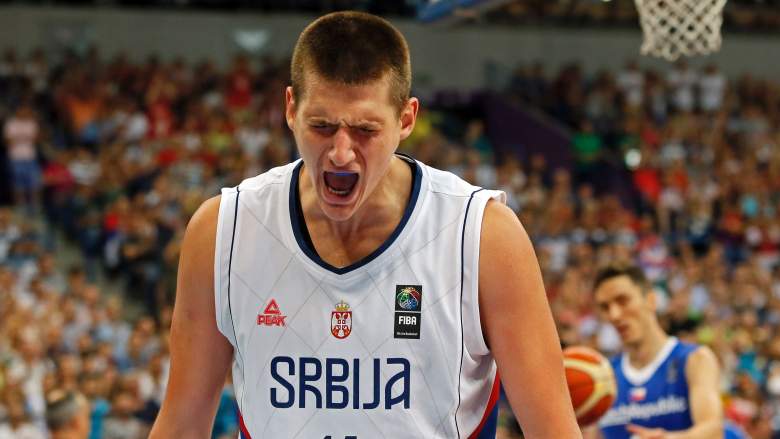 Three more spots in the Olympic basketball tournament are up for grabs and will be determined this week by the winner of each of the three qualifying tournaments:

All Serbia, all the time.

Serbia jumped out to a 27-point lead in the first quarter against Puerto Rico, coasting to a dominant 108-77 win in front of the home crowd. Bogdan Bogdanovic poured in 26 points, Nikola Jokic added 28 and eight, and five Serbian players in total scored in double figures.

Serbia shot 58.7 percent from the field and held Puerto Rico to just 38.1 percent shooting in the dominant performance. Sasha Djordjevic’s team is going to be a tough out in Rio.

In a game that was pretty much the opposite of the first tournament final, Croatia and Italy went to overtime after a clutch tip-in from Nicolo Melli tied the game with five seconds left.

Croatia controlled the extra period, though, as Bojan Bogdanovic and Dario Saric combined for 10 points to lead Aleksandar Petrovic’s squad to an 84-78 victory in front of the Italian crowd. Bogdanovic finished with a game-high 26 points, while Saric chipped in a double-double with 18 points and 13 rebounds.

Italy had five players in double figures but had to play the last seven minutes without Danilo Gallinari, who fouled out late in the fourth quarter.

Canada, playing without Andrew Wiggins, was led by Cory Joseph and Melvin Ejim, who combined for 39 points.

Read More
Basketball, Rio Olympics 2016
The 12-team field for the 2016 Olympic basketball tournament is nearly set. Find out who's going to Rio, and who's battling for the final spots this weekend.