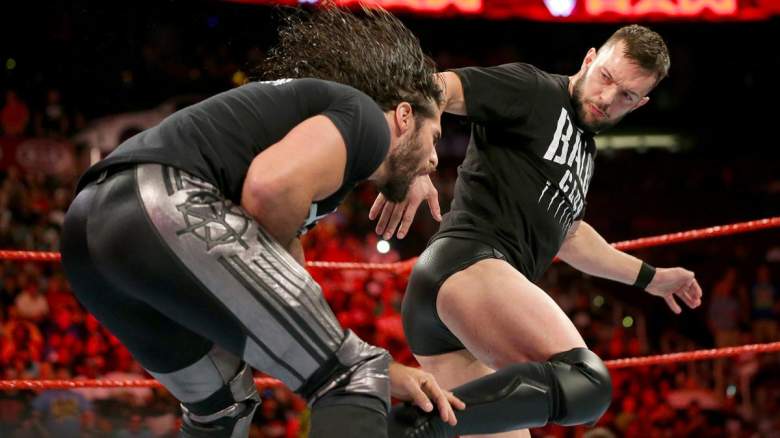 Finn Balor defeated Seth Rollins at SummerSlam 2016, but he was seriously injured during the match. (WWE.com)

Less than 24 hours after winning the WWE Universal Championship, Finn Balor is relinquishing the title due to injury.

The news was announced on Twitter this evening by Monday Night Raw General Manager Mick Foley.

Due to his injury, @StephMcMahon and I jointly accept @FinnBalor relinquishing of the @WWE Universal Championship. #Raw

Finn Balor was injured during his match with Seth Rollins at SummerSlam on August 21st, specifically when he was thrown into the barricade by Rollins. The extent of his injuries were not clear at the time, but it seems they were much more serious than initially thought. The WWE later confirmed Balor’s injury and even highlighted the precise moment he was harmed on Twitter.

According to WWE.com, Balor underwent an MRI on Monday, during which it was determined he was suffering from a “possible labrum tear.” The Wrestling Observer Newsletter reported on Monday that there was concern after SummerSlam that Balor would need to have surgery.

Balor is expected to soon receive a full consult to determine the extent of the injuries, but ringside physician Dr. Chris Robinson told WWE.com that if surgery is required, Balor will be absent for four to six months.

The Demon King is expected to make an appearance at Raw tonight, during which he will formally relinquish the title.

This is, of course, a huge deal for the WWE, as Balor has been built up as one of the new top guys of Raw for the past several weeks. Where Mick Foley and Stephanie McMahon can possibly go from here is unclear, but we’ll find out soon enough, as Raw begins tonight at 8 p.m. on the USA Network.

Some in the WWE community are criticizing Seth Rollins as a result of this injury, as Rollins has previous injured other superstars during matches. In fact, retired wrestler Bret Hart once publicly called Rollins out for this, specifically pointing to an instance when Rollins broke John Cena’s nose and Cena had to spend several weeks recovering.