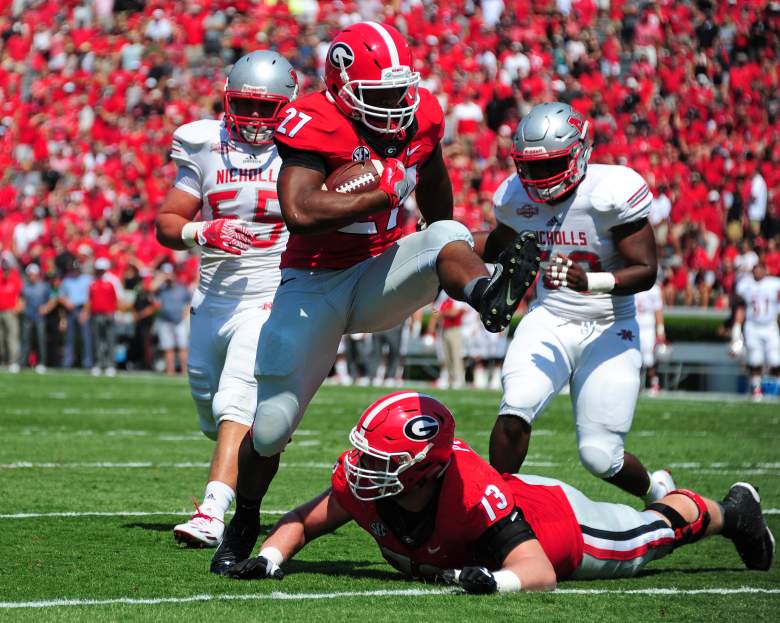 Georgia takes on Ole Miss in a SEC cross-divisional matchup. According to OddsShark, Ole Miss is favored by 7 points. The over-under is set at 61.5 points.

The OddsShark computer projects a narrow 32.6-29.8 Ole Miss victory. The computer is taking the Bulldogs against the spread and the over on the point total.

Georgia is coming off a fourth quarter victory at Missouri to go to 3-0 for the season. They also started the season with a win against North Carolina.

Ole Miss has the potential to be a good team, but its early difficult schedule has made it challenging for the Rebels to start out the season with any momentum.

Freshman Jacob Eason is the starting quarterback for the Bulldogs. Eason was the top quarterback recruit in the country and has had a solid start to the season. He is 48-of-87 for 643 yards, five touchdowns and two interceptions.

Eason will face an Ole Miss defensive line that has the ability to dial up the pressure and will look to push the young quarterback into making mistakes.

Like the OddsShark computer, Football Study Hall’s F+ projections like Ole Miss to win in a close game where the Rebels do not cover the spread. Likewise, Heavy likes Ole Miss to win the game but expects a close contest. Look for the Rebels to pull this one out late in the fourth quarter.