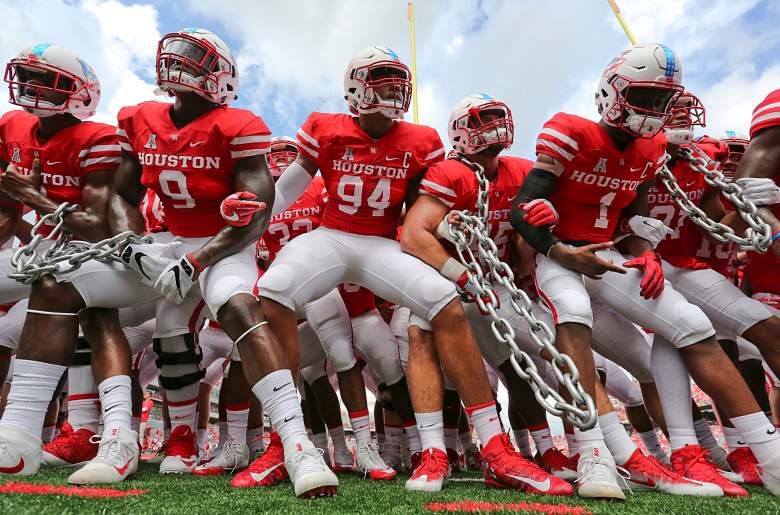 After a great start to the season including a win over Oklahoma, 6 Houston begins AAC play tonight against Cincinnati. According to OddsShark, Houston is favored by 7.5 points.The point total is set at 64 points.

Quarterback Greg Ward, Jr. leads the dynamic Houston offense and provides a dual-threat to Cincinnati’s defense. Ward has a number of weapons to work with on offense including senior receiver Chance Allen.

The Cougars have one of the best linebacker units in the country. Steven Taylor and company have been causing problems for opposing offenses. Houston has also received a major contribution from freshman Ed Oliver on the defensive line.

The OddsShark computer projects a Houston 38.7-29.1 victory over Cincinnati. The computer is taking Houston to cover and the over on the point total.

Heavy also likes Houston in this matchup. The Houston defense can create havoc against sophomore quarterback Hayden Moore while the Bearcats will have a difficult time slowing down the Houston offense.