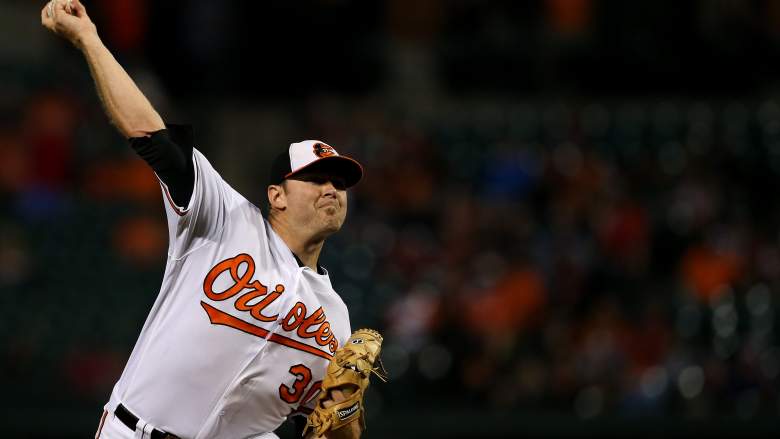 A spot in the ALDS against the Texas Rangers comes down to one game between AL East rivals on Tuesday, as the Baltimore Orioles travel to the Rogers Centre to take on the Toronto Blue Jays.

Here’s everything you need to know to watch the wild-card matchup:

Marcus Stroman, who will get the bump for the home team, hopes to fix the struggles he has had against the Orioles this season. In four starts vs. Baltimore, Stroman went 1-2 with a 7.04 ERA, 1.61 WHIP and just 12 strikeouts in 23.0 innings.

The Orioles, meanwhile, will hand the ball over to Chris Tillman, who carries a 16-6 record with a 3.77 ERA and 1.29 WHIP into what will be his third postseason start. The big 28-year-old has been mostly lights out on the road this season, compiling a 2.97 ERA and a 1.13 WHIP in 14 starts away from Oriole Park at Camden Yards.