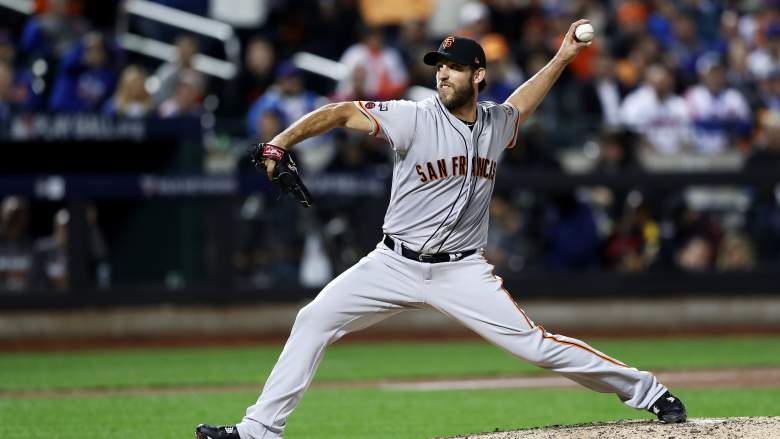 Note: You can click here for Game 4 viewing information.

The Chicago Cubs‘ regular-season dominance has carried over to the playoffs, as they hold a 2-0 NLDS lead over the San Francisco Giants and have a chance to end the series Monday night at AT&T Park.

Here’s everything you need to know to watch the crucial matchup.

While Jake Arrieta hasn’t been quite as dominant as he was during last year’s Cy Young campaign, he’s still been pretty damn good. The 30-year-old All-Star went 18-8 on the year, compiling a 3.10 ERA and squeaky-clean 1.08 WHIP to go with 190 strikeouts and 197.1 innings. He avoided bats as well as he did last year, giving up an NL-best 6.3 hits per nine innings, but his walk rate nearly doubled, which often got him into trouble.

Arrieta struggled down the stretch, allowed 26 earned runs (4.74 ERA) in his last eight starts, but he did far well against the Giants this year, tallying a 2.08 ERA, 0.92 WHIP and 15 strikeouts in two starts.

Looking to avoid elimination, the Giants will hand the ball to the man they’ve leaned on in so many clutch playoff situations over the past several years: Madison Bumgarner.