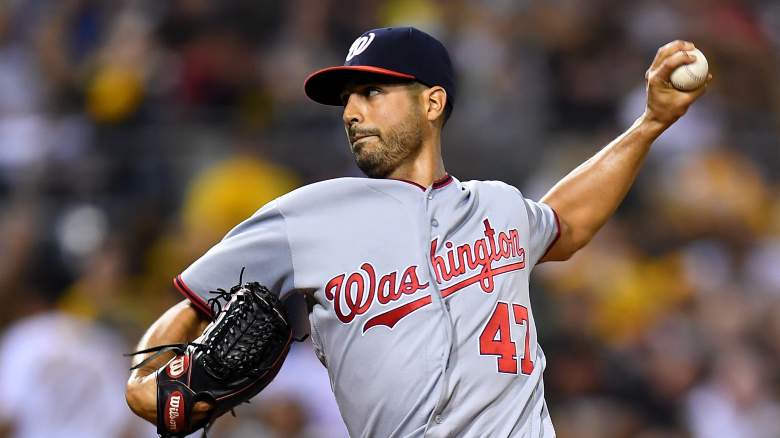 With the series tied at one game apiece, the Washington Nationals and Los Angeles Dodgers head West to Dodger Stadium for Game 3 of their National League Division Series.

Here’s everything you need to know to watch the matchup.

Live Stream: MLB.com or the MLB At Bat app.

The Dodgers will hand the ball over Kenta Maeda, their outstanding rookie who went 16-11 this year with a 3.48 ERA, 1.14 WHIP and 179 strikeouts in 175.2 innings. He was roughed up in his last start of the season against the Giants but had a very good September, giving up just eight earned runs in five starts.

Maeda didn’t make any starts against the Nationals this year.

For Washington, Gio Gonzalez will take the bump. The lefty had some struggles this year, compiling a 4.57 ERA and 1.34 WHIP in 32 starts. He was even worse down the stretch, going 1-2 with a 7.43 ERA and 1.78 WHIP in five September and October starts.

On the positive side, Gonzalez was solid in his lone start against the Dodgers in July, giving up just three hits, two walks and one run in 6.0 innings.