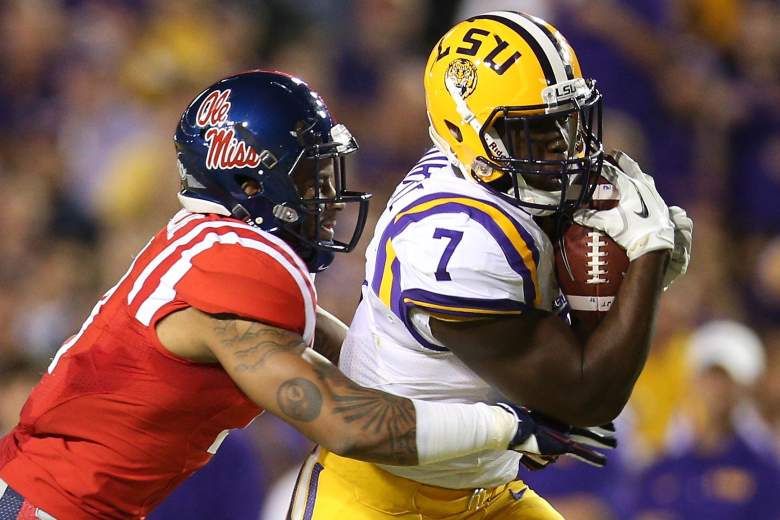 The LSU Tigers host the Ole Miss Rebels in an SEC West matchup. According to OddsShark, LSU is favored by 7.5 points heading into tonight’s game.

The over-under is set at 60.5 points. The OddsShark computer likes LSU in a close one. The computer projects a 37-33.9 victory for the Tigers. It is taking Ole Miss against the spread and the over on the point total.

LSU has looked like a different team since Ed Orgeron took over the squad. However, Ole Miss will be the biggest test they have faced since Les Miles was fired. LSU should be helped by the return of star running back Leonard Fournette.

Ole Miss is coming off a disappointing loss to Arkansas but has enough talent to take on LSU. It will be worth watching whether the LSU offense looks more dynamic under Orgeron against an athletic Ole Miss defense.

Like the computer, Heavy sees LSU pulling out the win at home but expect the game to come down to the final minutes. We are taking the points in this game against an LSU team that is just 2-4 against the spread this season.