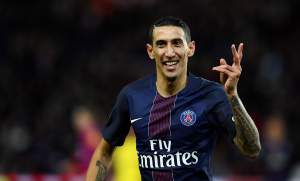 Arsenal’s unbeaten streak is on the line when they’re visited by PSG.

Both teams have ten points thus far in qualifying, and a win today would put either team through to the next round. Arsenal drew PSG 1-1 when the teams first met in November. Arsenal’s unbeaten streak now stands at 17 after the weekend draw with Manchester United.

Alexis Sanchez played the entirety of Saturday’s fixture, and it wouldn’t surprise if he rested today. The Chilean winger is dealing with a hamstring injury, and could sit along with several other hobbled Gunners. PSG will be without Serge Aurier, but it isn’t because he’s injured. Because of an assault charge that was suspended in September, Aurier was denied access into the UK. Javier Pastore and Adrien Rabiot are also on the sidelines for PSG, who currently sit third in the Ligue 1 table.

These teams have met just once before at Emirates Stadium, when Arsenal took a 1-0 victory from PSG in the 1993/94 Cup Winners’ Cup semi-finals.

Read More
Live Soccer Streaming, Soccer, UEFA Champions League
Paris Saint-Germain make a visit to North London, with the winner locking up a place in the knockout round.