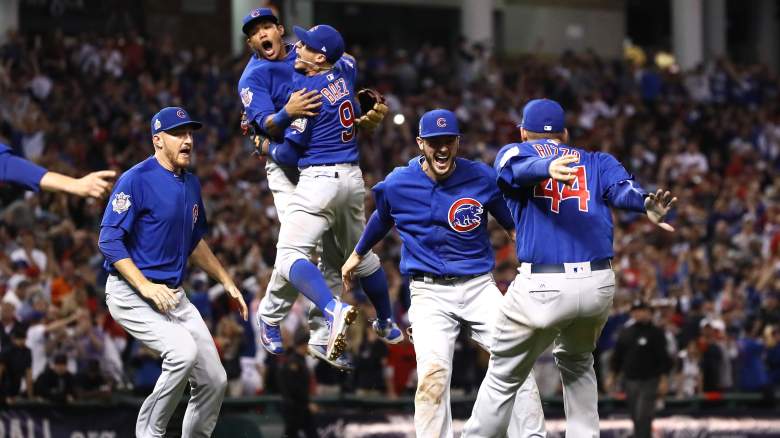 OK, maybe not exactly like it’s 1908, but for the first time in 108 years, the Cubs can call themselves MLB champs after defeating the Cleveland Indians, 8-7, in an instant-classic Game 7 of the World Series at Progressive Field on Wednesday night.

The city of Chicago is certainly no stranger to championship parades–the NHL’s Blackhawks have captured three Stanley Cup titles since 2010–but this is a party more than a century in the making.

According to an official release from the city of Chicago, the parade will leave Wrigley Field on Friday, November 4, at around 10 a.m. Central time.

Here are the complete timing and route details:

The official parade route will start at approximately 11 a.m., leaving Wrigley at approximately 10 a.m., and will travel along Michigan Avenue between Oak St. and Ohio St. and then along Columbus Dr. between Monroe St. and Balbo Ave. Fans who want to catch the downtown parade are encouraged to see them along this route.

Fans are encouraged to view the parade at the following locations:

-Addison from Sheffield to Pine Grove

The motorcade will arrive in Grant Park around Noon, when the Celebration Rally, which is free and open to the public, will begin.

Get ready, Chicago. This one is going to be absolutely massive:

Let me just remind you Chicago did this for the Blackhawks Stanley Cup parade. Imagine the #Cubs pic.twitter.com/dLsOOxQuR6

If Cubs hold on parade will be huge 250k+

Now put him in the parade. #WorldSeries #Cubs pic.twitter.com/I7Rnm9cGN4

Read More
Chicago Cubs, MLB
All the details you need to know about the 2016 World Series champion Chicago Cubs' parade.