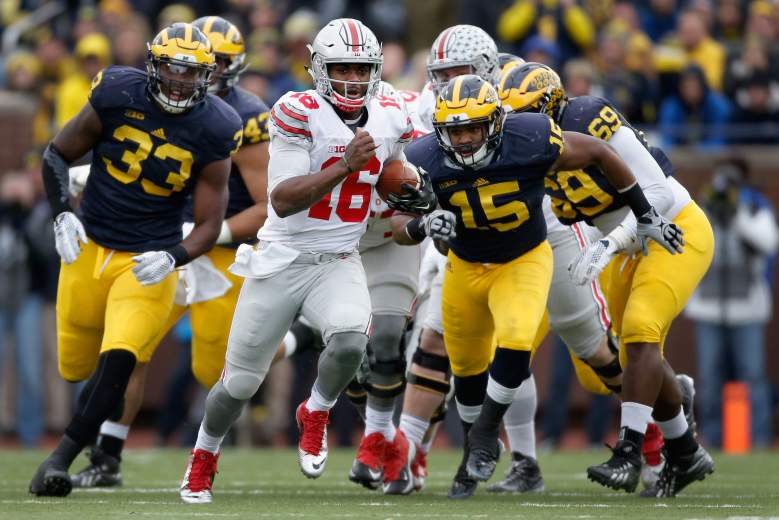 The Buckeyes enter The Game as favorites over the Wolverines. (Getty)

Michigan takes on Ohio State in one of the marquee matchups of rivalry weekend. According to OddsShark, Ohio State enters the contest as a 6.5 point favorite.

The over-under is set at 45.5 points. The OddsShark computer projects a close game in Columbus. The projections have Ohio State winning 35.2-32.1. The computer is taking Michigan against the spread and the over on the point total.

The Buckeyes are 6-5 against the spread while the Wolverines are just 5-6 this season.

After a fast start to the season, both Ohio State and Michigan have offenses that are struggling. Michigan could be starting backup quarterback John O’Korn with Wilton Speight battling an injury.

The Wolverines have relied on their defense throughout the season and are likely to be tested Saturday against a Buckeyes offense that has the potential to be explosive despite its recent struggles.

Heavy looks for a low scoring matchup. We like Ohio State to get a close victory but like Michigan against the spread.