If you are a sports fan, you've heard of Aaron Rodgers. And if you pay attention to Hollywood, you probably know who Olivia Munn is. What you might not have known is they're dating. The two have been in a relationship since April 2014. Rodgers has been one of the best quarterbacks in the NFL over past 8 years, while Munn's acting career is really beginning to take off. The two obviously remain very busy with filming and football practice, but they are often seen at some the biggest red carpet events, including movie premieres and the ESPY Awards. Rodgers and his teammates are a victory away from reaching the Super Bowl. The Atlanta Falcons stand in their way and the teams play in the NFC Championship Game on Sunday, January 22. Click through the gallery below to see some of the couple's best photos. (Getty) 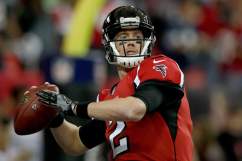