Those were the words of Steelers guard David DeCastro this week as his team prepares to take on the Dolphins in Sunday’s AFC Wild Card matchup.

The Steelers are in the playoffs for a third straight year. Unlike the previous two season, they head into Sunday’s matchup as healthy as they can be for January football. All the big names are available, including Le’Veon Bell, who has missed the previous two postseasons due to injuries.

Miami is in the playoffs for the first time since 2008, but they’ll be without franchise QB Ryan Tannehill for this week. Matt Moore, in his ninth NFL season, is set to make his first postseason start.

Here’s a complete look at all the odds for the game:

Note: All odds and numbers courtesy of Oddsshark.com and are as of Friday, January 6

Percentage of Bets: 57 percent on the over

If the Dolphins have no chance, why did they beat the Steelers 30-15 back in October?

First, Ben Roethlisberger was knocked out of the game in the second quarter. That knee injury kept Roethlisberger out for two weeks, and he didn’t look fully healthy until four weeks later against Dallas.

Next, a healthy Dolphins offensive line was able to move the Steelers defense. Jay Ajayi ran for over 200 yards in that first meeting, but his production has slowed as his line has adjusted. The Steelers were also without linebacker Ryan Shazier, who missed a three game stretch during the regular season.

The only health the Steelers need to worry about on Sunday is a healthy dose of Le’Veon Bell. It’s crazy to think that because of two season-ending injuries, Sunday will be Bell’s postseason debut. Bell enters the playoffs as the AFC Player of the Month for December, after averaging 187 total yards per game over the final four games of the season.

The Dolphins are a double-digit favorite for a reason. It won’t be enough points. 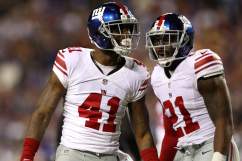 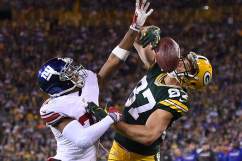