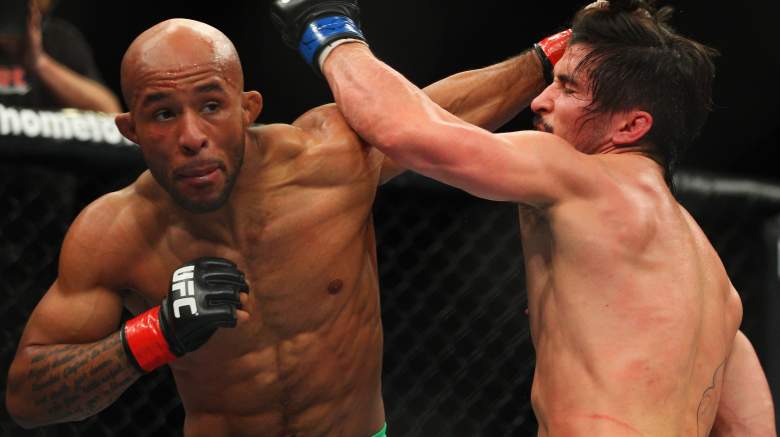 Note: If you’re looking to watch Demetrious Johnson’s past title defenses, you can click here to start a free trial of UFC Fight Pass

Seeking to successfully defend his UFC flyweight championship for the 10th time in a row, Demetrious Johnson takes on Wilson Reis Saturday night at the Sprint Center in Kansas City, Missouri.

Here’s everything you need to know to watch the night’s main event:

Live Stream: Sling TV (certain markets) or Fox Sports Go. You can click here for a complete rundown of how to watch the entire card online

Widely regarded as the pound-for-pound UFC champ right now, “Mighty Mouse”, whose last loss came in October 2011, would tie Anderson Silva’s record for most consecutive title defenses with a win Saturday night. But he’s not prepared to stop there.

For Reis, it’s his first shot at UFC gold. He enters off three consecutive wins, and the Brazilian jiu-jitsu black belt has proven to be dangerous in close quarters, but he’s going to need a once-in-a-lifetime performance to end DJ’s reign.

And even that may not be enough.