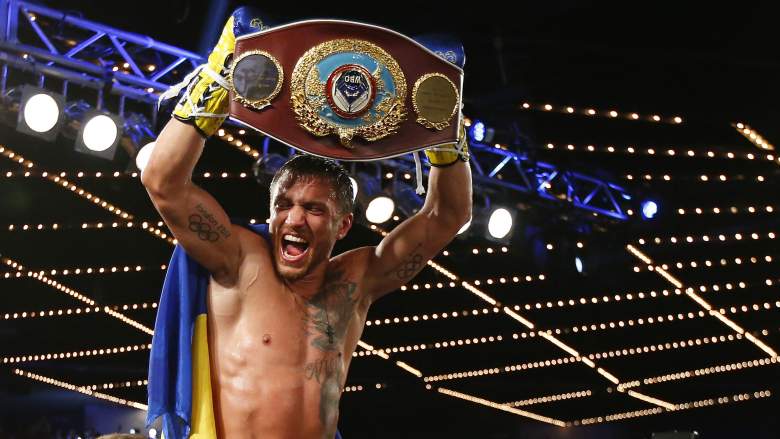 Already one of the most impressive boxers in the world despite having just eight professional fights under his belt, Vasyl Lomachenko (7-1, 5 KO) looks to continue his recent run of dominance when he defends his WBO World Super-Featherweight title against Jason Sosa on Saturday night.

The 29-year-old Ukranian phenom, who is the fastest two-division world champ in the history of the sport and has run through a slew of very good boxers over the last couple years, is worth the price of admission by himself, but there are a handful of other intriguing fights on the card.

Two of those feature Ukranians who starred with Lomachenko in the 2012 London Olympics. Undefeated World Cruiserweight champ Oleksandr Usyk defends his title against an also undefeated Michael Hunter, while Oleksandr Gvozdyk takes on Yunieski Gonzalez in fight between two guys looking to break through in the light heavyweight division.

Overall, it’s going to be a thoroughly entertaining night of fights (especially when you consider the loaded card over in Manchester on the same day). Here’s a look at the schedule from the MGM National Harbor in Oxon Hill, Maryland: