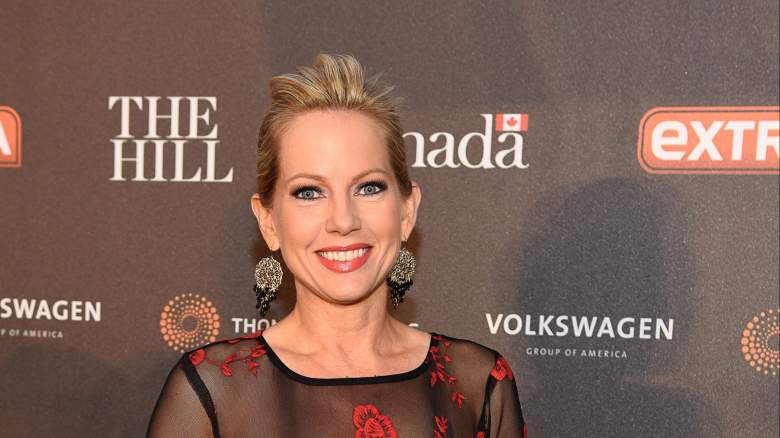 Shannon Bream is one of the contenders to replace Megyn Kelly at Fox News. (Photo by Dave Kotinsky/Getty Images)

Fox News Channel correspondent Shannon Bream was in the running to replace Megyn Kelly, who announced on January 3 that she is leaving the network to join NBC News. However, the job ended up going to Tucker Carlson, who has had success at the 7 p.m. ET timeslot for Fox News.

The 46-year-old Bream is a Fox News veteran, joining the network in 2007 to focus on Supreme Court coverage.

Bream currently anchors America’s News Headquarters on Sundays from 12:00 p.m. to 2:00 p.m. ET and is a rotating anchor for Fox Report on Saturday mornings. The site NetWorthAge estimates that Bream has a net worth of $4 million. She has also contributed recipes to Fox & Friends.

Bream, who was born Shannon Noelle DePuy in Sanford, Florida, is married to Sheldon Bream. They do not have any children.

Here’s a look at Bream’s life and career.

1. Bream Was Considered 1 of the ‘Leading’ Contenders to Replace Megyn Kelly

The others, according to the magazine, were Trish Regan, Sandra Smith and Martha MacCallum. Two sources also told the magazine that Kimberly Guilfoyle is trying to get the job.

Although many suspected that Fox News would chose a female anchor for the timeslot, The Drudge Report confirmed that Tucker Carlson was given the 9 p.m. ET timeslot because of his success at 7 p.m. MacCallum was given the 7 p.m. ET slot. Fox later confirmed the decision in a press release.

New York Magazine also reported that there have been internal debate at Fox over hiring a pro-Donald Trump conservative for the role. According to an August Hollywood Reporter report, 21st Century Fox CEO James Murdoch, the son of Rupert Murdoch, is interested in taking Fox News into a new direction without Roger Ailes. This could mean making the network less tied to conservative politics.

However, it’s hard to see how major changes could be justified after TVNewser reported that Fox News was the most-watched cable TV network of 2016. The network averaged 2.429 million total viewers in prime time and 1.396 million for total day ratings. It was the fifth most-watched network overall in prime time, only behind the four major broadcast networks, NBC, CBS, ABC and Fox.

Sheldon and Bream both attended Jerry Fallwell‘s Liberty University, where the two met, and graduated in 1993. Sheldon earned a Bachelor’s Degree in Sports Management and Business. According to a 2009 Liberty University profile on Bream, her husband survived a brain tumor and she considers him an “amazingly supportive man.”

Bream became the first ever female keynote speaker for Liberty University in May 2013.

Faith plays a major role in Bream’s life. She told Liberty University that she and her husband spent a year in “intensive prayer” before deciding to move to Washington D.C.

“My husband, Sheldon, and I really spent a year in intense prayer and discussion about the move and sought counsel from people we trusted,” she said in the 2009 profile. “I’m a firm believer that the Lord gives us passions that He has equipped us to pursue and plants that seed in our hearts.”

3. Bream Learned How to be a Reporter ‘On the Job’ & Was Once Fired

After graduating from Liberty University, Bream attended Florida State University College of Law, where she earned her Juris Doctorate, according to her Fox News bio. She then moved to Tampa, Florida and practiced corporate law. While attending law school, she interned for Florida Congressman Bill McCollum, who was in the U.S. House of Representatives at the time.

However, in 2000, she became interested in television news. Despite her experience in law, she took an entry-level job at WFTS, the ABC Tampa affiliate. In 2004, she made another move, anchoring late night and evening broadcasts for WBTV, the CBS affiliate in Charlotte, North Carolina. After that job, she moved to Washington, DC to work at NBC’s affiliate WRC-TV.

In an interview with Glamour, Bream said she learned how to be a journalist on the job. She said:

I absolutely fell in love with the newsroom even though I was doing pretty basic tasks there. I just tried to capitalize on every little window of opportunity they would give me. I relied on the kindness of my coworkers too because I had no training in media so I would ask the different reporters if I come in on a day off to shadow you and see what you do and find out how you find sources and put together a story.

She also told Glamour that she would seek the assistance of one her bosses, but when he left the station, the new boss fired her. She called that experience a “stutter” on her way to joining Fox News.

“It’s a challenging business,” Bream told Glamour. “It always stretches you intellectually. No two days are ever the same, so if you’re usually bored it’s a great business to be in. I’m fascinated by current events and the privilege of trying to share it with other people and tell a story.” 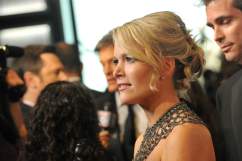 4. Bream Joined Fox News After Getting Discovered by Brit Hume & Was Hired Weeks After Leaving NBC

Bream landed at Fox News thanks to a chance meeting with Brit Hume, according to Northern Virginia Magazine. She saw him waiting in a green room before a speech. She told the magazine that Hume was “exceedingly kind and upfront and said, ‘Sure, send me a DVD of your work.’ He was such a gentleman. I left the room and he had a conversation with my husband, and he found out that I had a law degree and had interned on the Hill.”

She stayed in contact with Hume and decided to leave NBC’s Washington affiliate. Within weeks, she landed a job at Fox News in 2007.

“It was probably one of the easiest things to commit to signing the contract and coming here,” she told Northern Virginia Magazine. “I just felt like it lined up in every way. I wanted to cover politics and, with my legal background, I was thrilled to cover the Supreme Court, campaigns and Capitol Hill.” 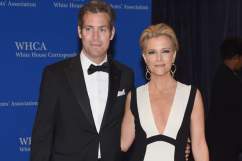 While at Liberty University in Virginia, Bream represented the state in the Miss America 1991 pageant and was one of 10 finalists. When she went back to her home state of Florida for law school, she finished fourth in the Miss USA 1995 pageant, but represented Miss Florida that time.

“It was sort of a fun, unexpected adventure,” Bream said of the experience in her Northern Virginia Magazine profile. “My parents like to say that the piano lessons all paid off since it paid for my junior and senior year of college. It took my breath away.”

She said in the interview that a man who cut her hair during her sophomore year at Liberty University suggested she try out for a local beauty pageant because she needed a scholarship.

Loading more stories
wpDiscuz
2
0
Would love your thoughts, please comment.x
()
x
| Reply
Shannon Bream was one of the top contenders to replace Megyn Kelly at Fox News. Find out more about her life and career.