YouTube Can you open the lock using these clues?

Anew trending puzzle is going viral across social media. The riddle, called “Can you open the lock using these clues?” features an image of a padlock and a series of hints about which digits are in the answer. The riddle itself is in the image at the top of this post.

Feeling stumped? If you’re ready to find out the answer to the riddle, keep reading.

The Puzzle Can Be Solved Following a Series of Steps and Deductions, Explained Below

Spoiler: The correct answer to the “Can you open the lock using these clues?” riddle is 042. Now that you know the answer, you can read through the clues again and see how each one applies to the answer.

Because the fourth clue eliminates 7, 3 and 8 as possibilities, the fifth clue means that 0 is the correct number but in the wrong position. The third clue indicates that the right digits, including the 0, are in the wrong place. That means the 0 must be the first number of the code.

The final number can be solved using the second clue. Because the digit remaining to be solved is the second digit, the answer must be 4 and not 1. The digit is right but in the wrong place, so it can’t be 1, which is already in the middle, so it must be 4, meaning the full answer is 042. 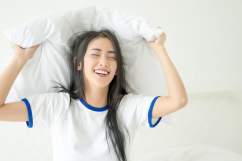 51 Fun Things to Do at Home Alone: Grown-Ups Edition

Many people have been sharing the puzzle online, with people replying their guesses. One person joked as a response:

The answer is "YES" since the question is, if you can open the lock using the clues, not what is the combination. ?

The user joked: “The answer is ‘YES’ since the question is, if you can open the lock using the clues, not what is the combination.”

Other people have posted alternative riddles on social media with the same concept of having a three-digit lock combination as the answer, with a series of hints provided to figure out each digit.

CAN YOU OPEN THE LOCK USING THE CLUES?

SN: I CREATED THIS ONE… pic.twitter.com/jdMTSKP1vl

The riddle was also shared on the Reddit riddles subreddit. One user asked why the answer to the question was not 062. User luffy_ueki replied, “Because it wouldn’t fit Clue#1. For 062 to be the answer clue#1 would have been worded something like -2 digits are right and one is on the right place while the other is in the wrong place.”

Another user, tealpajamas, added, “The last two clues guarantee that 0 is first. Since 0 is taking up the first position, we know the 2 in the first clue is the correct number/position rather than the 6. Now we just have to figure out what goes in the middle. Because we figured out that 2 is the only valid number from the first hint, we can eliminate 6 as an option. Looking at the second hint, only 1 and 4 are options, but 1 is in the middle so it can’t be the right number. So 4 must go in the middle.”

Read More
News, Puzzle Games, Social Media
A riddle has been trending on social media showing a lock and a series of clues. Find out how to solve the viral riddle here.