Some people don’t like to watch golf. They think it’s too slow or maybe a tad boring.

What if I told you could win money while watching your favorite PGA pros tee it up? You can do that with DraftKings.

Pick the right lineup and you can earn cash playing fantasy golf contests on DraftKings. A win or two and you have the greens fees for your next trip to the course.

But if you missed the deadline for this week’s Mini Pressure Putt contest, don’t worry. It is a weekly contest which begins every Thursday with the first round of each tournament. So you can can sign up for next week’s.

The rules are simple: Fill a lineup of 6 golfers with a fixed salary cap of $50,000. The better your selected players do at TPC Sawgrass, the better your fantasy team does. The idea is to pick golfers who will not only knock in the birdies and pars, but play the entire 4 rounds. Picking a pro who misses the cut isn’t going to help.

This week’s field for The Players Championship is star-studded to say the least. The world’s top 2 ranked players, Rory McIlroy and Masters winner Jordan Spieth, respectively, are the most expensive for the tournament. McIlroy comes in at $13,200, Spieth $12,800.

Tiger Woods comes at a price of $8,900, but scores only 42.4 fantasy points per tournament. Is this the weekend he gets back on track? I’m not too confident in that.

The Mini Pressure Putt contest isn’t the only one DraftKings is hosting. The U.S. Open is next month and you can turn $20 into $1 million with the Fantasy Golf Millionaire Maker contest designed specifically for golf’s second major. 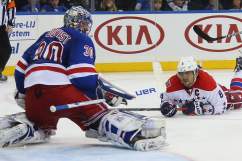