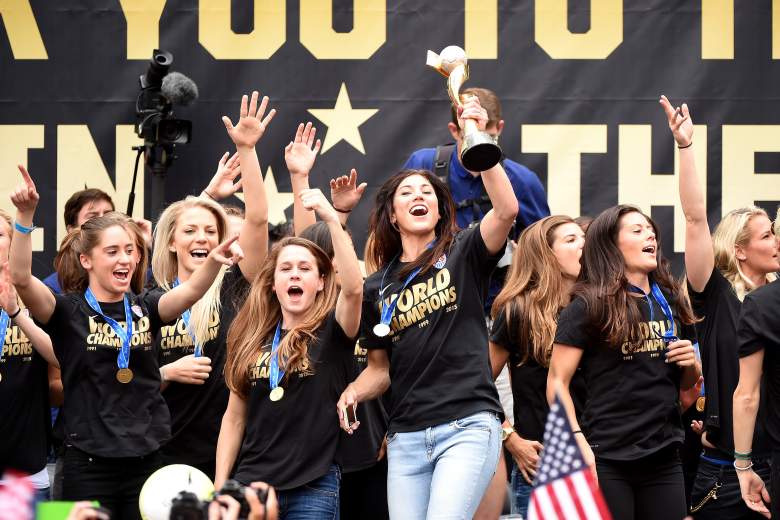 The U.S. Women’s Soccer Team will be honored with a ticker-tape parade Friday in New York City. (Getty)

The U.S. Women’s National Soccer Team made history by winning its third World Cup title July 5 in a 5-2 victory over Japan.

The USWNT will be honored Friday in New York City with a parade down The Canyon of Heroes, which is normally reserved for local, and not national, teams.

The parade is set to get underway at 11 a.m. Eastern in lower Manhattan. A ceremony at City Hall will follow.

ESPN Media issued a press release stating the event can be watched on ESPN3.

Below see the map of the parade route:

Here’s how to watch the celebration online and on mobile:

WNT Celebrates World Cup Title in Los AngelesThe U.S. Women’s National Team celebrated its historic World Cup victory with 10,000 fans at LA LIVE in Los Angeles. Fresh from their 5-2 win against Japan on Sunday in Vancouver, the WNT landed in the USA and promptly shared the triumph with some of the #BestFansintheWorld. Now onto NYC for a ticker tape parade!…2015-07-09T03:02:56Z

Read More
Soccer, Women's World Cup 2015
The U.S. Women's Soccer Team will be honored with a parade Friday in New York City and it's a can't-miss event. Find out all the ways to watch here.