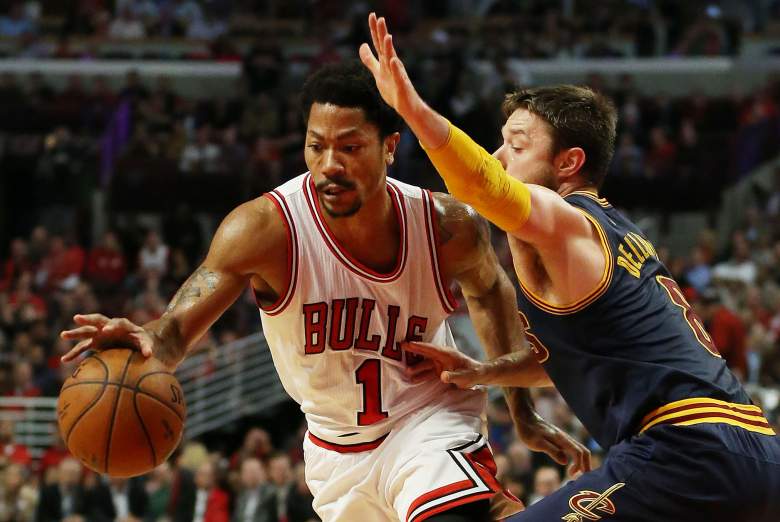 Despite undergoing surgery less than a month ago, Derrick Rose will start for the Chicago Bulls on Tuesday night. (Getty)

Despite preseason surgery, the Chicago Bulls star is set to start in the season-opener against the Cleveland Cavaliers and he’s ready to compete. He explained his mindset heading into the 2015-16 season on Monday:

I don’t think I have to prove anything to anyone. It’s just all about having fun. Enjoying the game, appreciating the game. Seeing how far this game has taken me. How comfortable my life is as far as I’m able to focus on certain things, focus on my profession without any distractions. I just feel blessed. I’m not expecting anything (Tuesday). I’m just expecting to win the game. For myself, I don’t care. As long as we win the game, I’m fine.

Rose underwent surgery on a fractured left orbital bone in his eye on September 30 and is slated to wear a facemask to protect himself on Tuesday night. Still, it isn’t perfect. Rose still experiences blurry or double vision when he looks certain ways and has battled to regain complete depth perception since the surgery last month.

Although Bulls head coach Fred Hoiberg said Rose won’t be any under physical restrictions on Tuesday, but did add that the team will careful to monitor how well he’s moving on the court. After all, the Bulls open with three games in four nights and Rose logged only 10 minutes in last week’s final exhibition game last Friday.

Rose: "I’m excited. I don’t know how I’m going to play. But I’m just happy to be running around and get a groove for the game."

Of course, Rose’s injury-plagued career has been well documented.

In 2011, Rose missed 32 games, suffering his a torn ACL in his left knee. He didn’t play at all in 2012 and appeared in just 10 games in 2013. During the 2014 season Rose played in 46 of 57 games before the Bulls announced that Rose had suffered a torn right meniscus in February that required surgery.

Despite all of that, Rose is more than confident heading into the season. “I was playing with one eye and you couldn’t tell I was,” Rose said earlier this week.

Tip-off for the Bulls-Cavs season-opener is slated for 8 p.m. ET and will be broadcast on TNT.