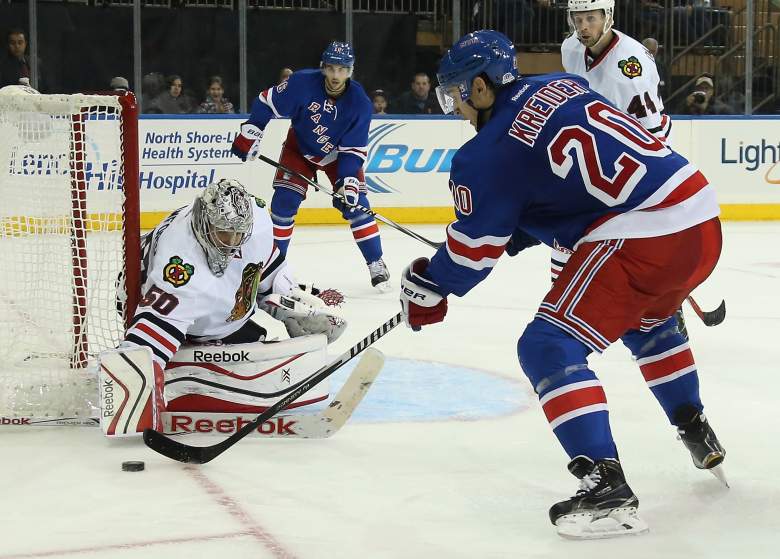 Believe it or not, it is hockey season. Thank goodness.

The New York Rangers and Chicago Blackhawks square off in the first of two games on NBCSN on Wednesday night in the NHL season opener. Of course, the Blackhawks will hold their banner-raising ceremony ahead of the matchup after winning the franchise’s third Stanley Cup in six seasons.

Chicago has faced a tumultuous offseason, but the core group of players, those who helped revitalize the team, return to the lineup this fall: Jonathan Toews, Patrick Kane, Duncan Keith, Brent Seabrook, Marian Hossa and Niklas Hjalmarsson. The Hawks will also get an influx of brand-new talent, particularly Teuvo Teravanien. The 21-year-old is slated to start at left wing with Toews and Hossa, a move Blackhawks coach Joel Quenneville will help spark his top line.

The Rangers, meanwhile, look to bounce back after another “almost there” season last year. New York will, once again, be bolstered by the presence of Henrik Lundqvist in net but the squad is also looking towards the future. A core group of young players, led by 24-year-old Chris Kreider, are riding a wave of preseason expectations, anxious to make another run at a Stanley Cup championship.

Keep an eye out for Mats Zuccarello on Wednesday night as well. The Rangers right wing missed much of the postseason last year with a brain contusion after being hit in the head by a Ryan McDonagh slap shot. Zuccarello was hospitalized and even lost the ability to speak for several days after the injury. His stamina was a bit off during the preseason, but New York is still hoping to see a bit of spark from Zuke.

Puck drop for the matchup is slated for 8 p.m. and will be broadcast on NBCSN. Not going to be near a TV? No problem. Here’s how to watch the game online and on mobile: 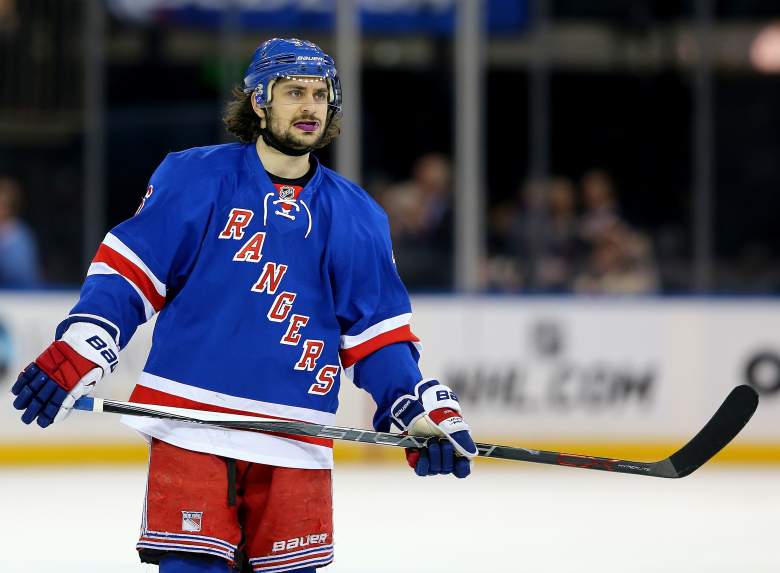 Mats Zuccarello is expected to make his regular-season debut on Wednesday night after battling back from a head injury last year. (Getty) 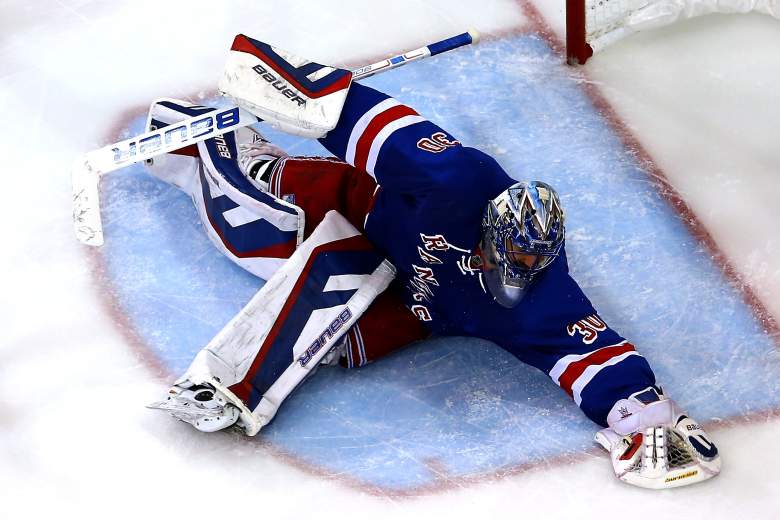 Henrik Lundqvist is a, literal, safety net for the New York Rangers once again this season. (Getty)