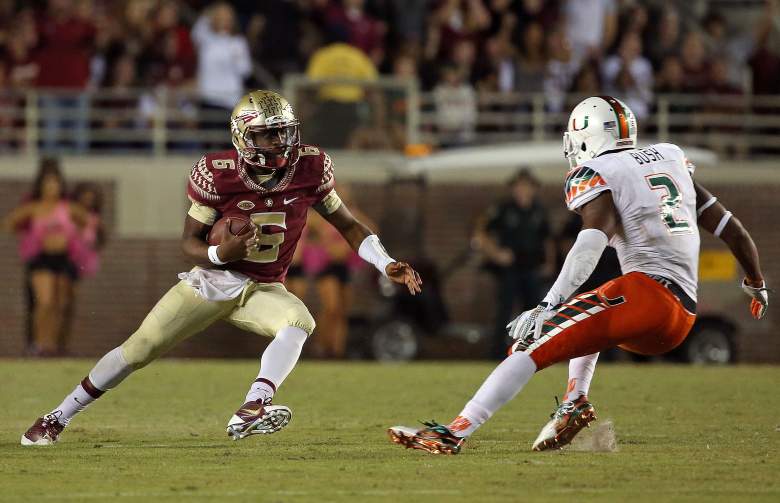 According to ESPN, Sean Maguire will get the start at quarterback for Florida State against Clemson. Everett Golson missed last week’s game against Syracuse due to health. However, this decision had nothing to do with health. Head coach Jimbo Fisher decided McGuire was the best quarterback for the job.

Maguire was the starting quarterback a season ago when Jameis Winston was suspended. He threw for 305 yards, two interceptions and one touchdown in a Seminoles victory.

Maquire started in place of an injured Golson last week against Syracuse. He threw for 348 yards and three touchdowns in the blowout victory.

Maquire got off to a great start. He found running back Dalvin Cook on a short pass and Cook ran the ball for a 75-yard touchdown.

Dalvin cook hasn't touched the football in two weeks in the game and he immediately runs for a 75 yard touchdown! Wow! #FSUvsCLEM

He followed that up with an interception the next series.

Maquire initially lost the starting position after Golson transferred from Notre Dame. It looks like he was won the starting spot back for FSU.

Florida State quarterback Sean Maguire is getting snaps with the first team during 7-on-7 in pregame. https://t.co/nI176T1Y8m

Will we see Everett Golson or Sean McGuire start at QB vs Clemson? Kickoff in 30 min pic.twitter.com/ZqIlsLiGUq