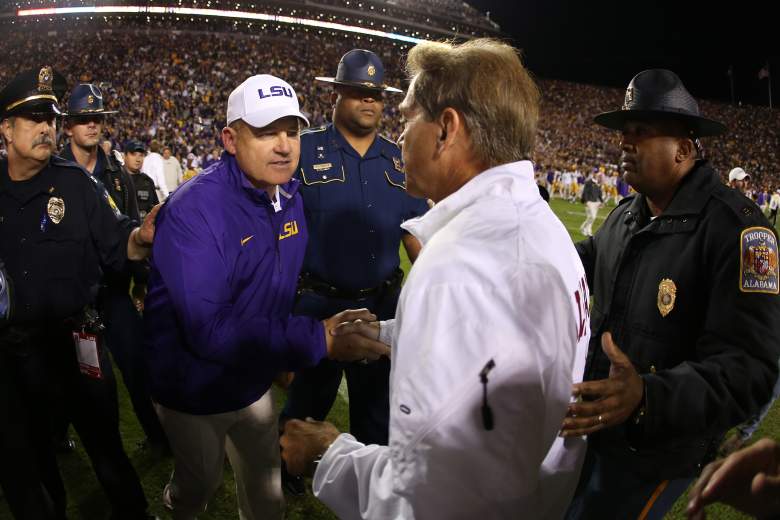 There is a big SEC showdown in Tuscaloosa tonight. (Getty)

The battle for the SEC and a spot in the College Football Playoff continues tonight as No. 2 LSU takes on No. 4 Alabama in Tuscaloosa. LSU enters the game at 7-0 while Alabama is 7-1.

It is the biggest game between the two teams since 2011 when they ended up facing each other a second time for the national title.

The game will be broadcast live on CBS at 8 PM ET/7 PM CT.

Here is everything you need to know about today’s marquee college football matchup:

Line: Alabama by 7 (Line is according to OddsShark and subject to change.)

Live stream: CBS broadcasts the game for free online on their website. Click here for more information on how to stream the game.

Game Preview: Both teams have similar philosophies and styles. They each rely on a great running game and stout defenses to win games.

LSU’s Leonard Fournette and Alabama’s Derrick Henry are two of the best running backs in the country. With both the running backs and defenses expected to play well, the key to the game will be the play at the quarterback position. LSU’s Brandon Harris has had a good start to the season and has yet to throw an interception. Alabama has played both Cooper Bateman and Jacob Coker at times this season. Coker has cemented the starting job and will be tested against one of the best defenses in the SEC. Tonight will be another installment in this great SEC rivalry. 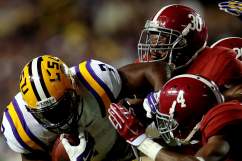