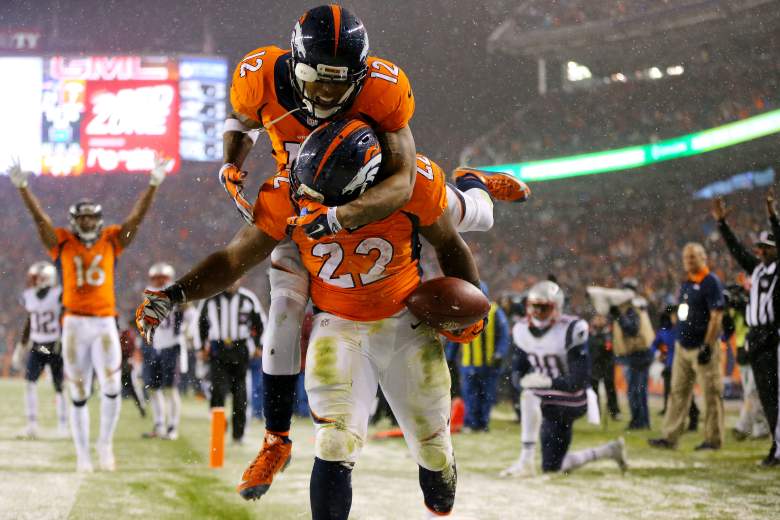 The Broncos pulled off the upset against the Patriots. -Getty

The Denver Broncos did something that no team in the NFL has been able to do this season. They defeated the Patriots 30-24 in overtime.

The Broncos trailed for much of the game but displayed resilience. It snowed throughout the game providing difficult weather conditions.

C.J. Anderson was the star of the game with 15 carries for 113 yards and two touchdowns. Anderson shined the brightest with a 48-yard touchdown run in overtime to win the game. Brock Osweiler had a solid performance in his second start at quarterback for the Broncos. He was 23-of-42 for 270 yards with one touchdown and one interception.

There was a scary scene late in the fourth quarter as Patriots tight end Rob Gronkowski injured his leg and was carted off the field. There was no announcement on the severity of Gronkowski’s injury.

The Broncos took a 24-21 lead with just over one minute remaining in the game on an Andre Caldwell touchdown catch. The Patriots were able to drive down the field and kick a field goal to send the game into overtime.

Here is how the Broncos pulled off the upset:

Brady Connected With Gronkowski for an Early Touchdown

Edelman out. Amendola out. Just throw it to Gronk and watch him do Gronk things. Touchdown. #GronkSpike #NEvsDEN https://t.co/Q8Gn9Er9kV

It did not take long for the Patriots to find the endzone. Brady found Gronkowski who evaded a Broncos defender to put the Patriots up 7-0.

Osweiler Threw an Interception in the Second Quarter

There's that costly interception that Brock Osweiler couldn't throw. Sheard got his arm. Jones with the pick.

Early in the second quarter, Osweiler was attempting a pass and his arm was hit as he was attempting to throw it. The ball popped up in the air and Chandler Jones got the interception for the Patriots.

Brady Found His Other Tight End for a Touchdown

The Patriots capitalized on the turnover with a touchdown. Brady found a wide open Scott Chandler to give the Patriots a 14-0 lead.

Hillman Got the Broncos on the Scoreboard

Hillman scored Denver’s first touchdown midway through the 2nd quarter. Hillman’s 19-yard touchdown made it 14-7 and it would end up being the score heading into halftime. Snow continued to fall and started to accumulate on the field.

Bolden Scored on a Long Touchdown

Brandon Bolden caught a screen pass and ran for a 63-yard touchdown. It gave the Patriots a 21-7 lead early in the fourth quarter.

Anderson Brought the Broncos Back

The Broncos punted, but the Patriots fumbled the ball. Denver recovered with great field position. They capitalized on the turnover with a 19-yard touchdown run by Anderson. Anderson looked great the entire night and the touchdown made it a one possession game.

Rob Gronkowski Was Carted Off the Field

It was bad news late in the game for the Patriots as tight end Rob Gronkowski appeared to injure his knee. Gronk was carted off the field and NBC reported that the team was looking at his MCL. He was ruled out for the rest of the game.

Andre Caldwell Scored a Late Touchdown for the Broncos

Caldwell’s touchdown gave the Broncos a 24-21 lead with just over a minute remaining in the game. The Patriots were able to drive the ball down the field and kick a field goal to tie the game as time expired.

CJ Anderson won the game for the Broncos. Denver upset the Patriots in overtime on this long C.J. Anderson run. It was a great performance by Anderson and a gritty effort by the Broncos.