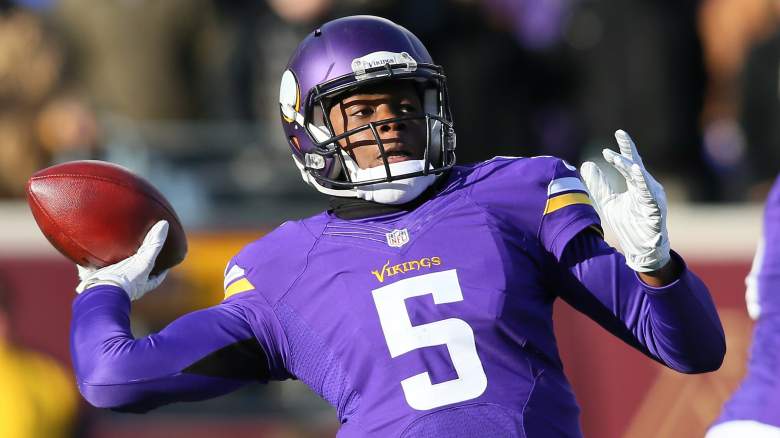 Teddy Bridgewater took an elbow to the head early in the fourth quarter against the St. Louis Rams and left the game. (Getty)

The Minnesota Vikings quarterback was reportedly unconscious on the field after the hit and immediately left the game following the hit. Check out the play here:

As you’d expect, Bridgewater underwent concussion protocol along the sideline, but here’s the Vikings twitter update to confirm that assumption:

.@teddyb_h2o is being evaluated for a concussion.

LaMarcus Joyner – the Rams defender that hit Bridgewater – was, naturally whistled for a flag for unnecessary roughness. Needless to say that Vikings fans wanted a little bit more than that. Don’t worry guys, Joyner will probably hear from the league this week.

Bridgewater had been running up and down the field throughout the game. In fact, he had run in a touchdown for the Vikings to give Minnesota a 3-point lead heading into the fourth quarter. Shaun Hill took over at quarterback for Bridgewater.