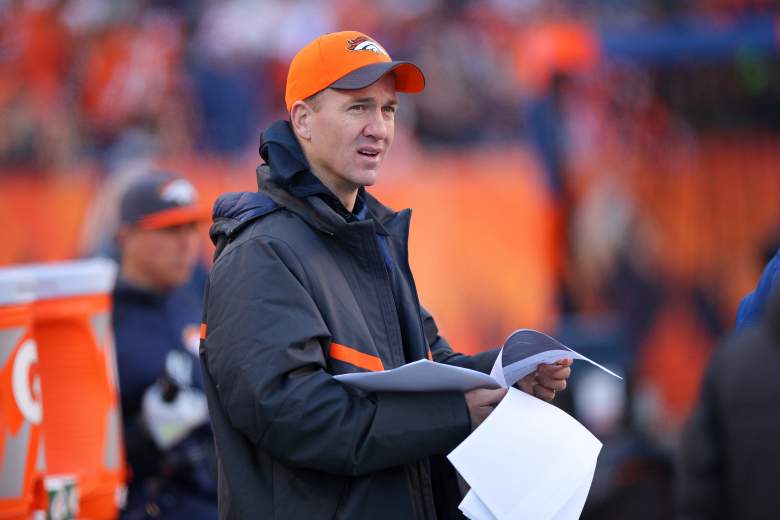 Peyton Manning remains on the sidelines for the Broncos. (Getty)

Rapoport tweeted this update out:

To consider if it goes wrong for #Broncos: Peyton Manning is rapidly getting healthy. 4 throwing sessions, no setbacks. Likely practice soon

The bigger question is not when Manning will return, but if he will be the starting quarterback for the Broncos when he is back at full strength.

Glazier reported that Osweiler will remain the starting quarterback even when Manning returns unless there is a big collapse by the Broncos.

According to Glazier, Manning is working out away from the team to avoid being a “distraction” for the Broncos. There has not been a specific timetable released for Manning’s return but he is doing individual on-field workouts. Manning is nearing a return to the practice field.

Read More
Denver Broncos, Football, NFL
Peyton Manning continues to remain on the sidelines for the Denver Broncos. Will he return for the playoffs and be the starting quarterback when he is healthy?