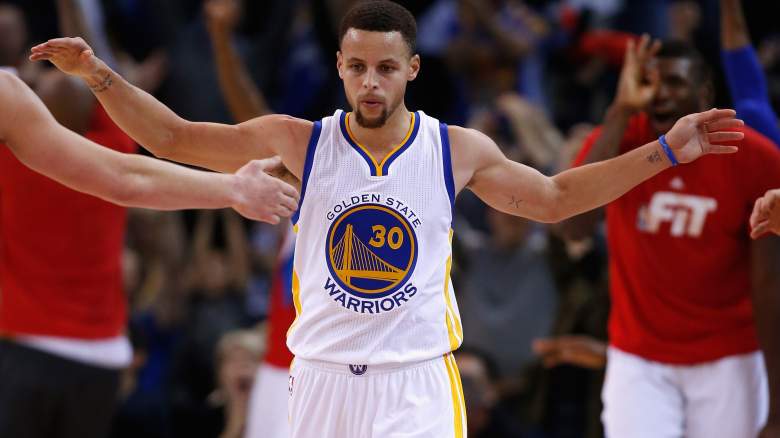 This is the one NBA fans have been waiting for. The Golden State Warriors vs. the San Antonio Spurs.

Here’s everything you need to know to watch the marquee matchup:

Running rampant through the NBA in electrifying fashion, the Dubs have been the story of the NBA through the first three months. They are first in the NBA in offensive rating and third in the defensive rating. Steph Curry is running away as the league MVP. Draymond Green has developed into one of the most versatile, unique weapons in the NBA. At a ridiculous 40-4, they are just one game off the pace of the Chicago Bulls’ 1995-96 historic 72-win season.

And yet they have only a two-game lead over the Spurs in the West.

As they are wont to do, San Antonio is flying dangerously under the radar. A team that has won 50 games in 16 straight seasons is off to its best start over that amazing stretch, and somehow it isn’t the most talked-about story in the Association.

The Spurs have their own MVP candidate in Kawhi Leonard, while they are first in defensive rating and third in offensive rating. Tim Duncan won’t play in this one, but Greg Popovich’s squad features incredible depth and an unbelievably efficient second unit.

These aren’t just the two best teams in the NBA. They are on their way to being two of the best regular-season teams in NBA history.

You don’t want to miss this one.

Read More
Basketball, Golden State Warriors, NBA, San Antonio Spurs
Find out everything you need to know to watch the Spurs vs. Warriors, the most anticipated game in the NBA season thus far.