Erin Andrews cried openly in court as she talked about the moment she discovered she was in a naked video that was being circulated online. The video was made by Michael David Barrett, after he recorded her through a peephole in a Nashville hotel room. He was later sentenced to two years in prison after pleading guilty to stalking. In above video you’ll see Andrews testify that, “No one ever told me when I checked in that he [Barrett] had asked to be put [in the room] next to me.” She begins to cry as she talks about media outlets who reported that the release of the video was part of a “publicity stunt.”

Barrett was sentenced in March 2010 to 30 months in prison and was released in July 2012. In October 2015, Andrews filed suit against the Nashvlile Marriot for $75 million. Her father, Steve, testified during that trial that is daughter was “a shell of her former self” since the video surfaced on the Internet, reported TMZ. He added, “She’s afraid. She’s afraid of crowds, afraid of people. She doesn’t trust anymore.” 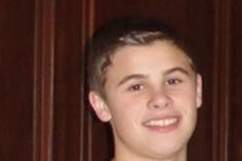