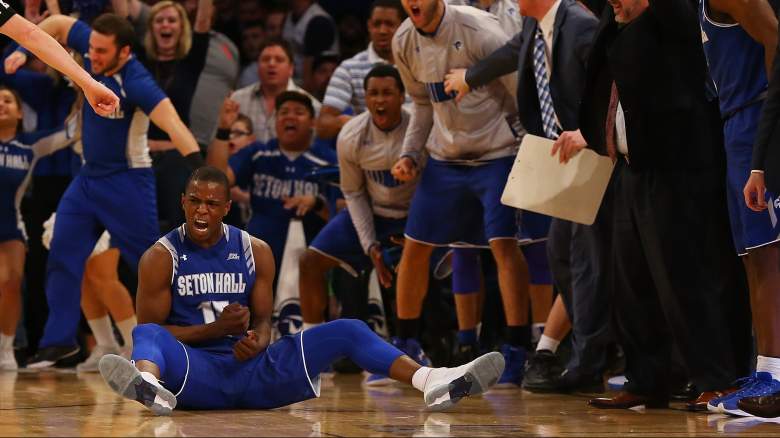 Seton Hall beat Xavier and Villanova to win the Big East tourney. The difficult tests will keep on coming, this time in the form of Gonzaga in the first round of the NCAA tournament. (Getty)

There are 16 NCAA tournament games on the slate for Thursday, and the best might not come until last.

The Pirates, led by superstar guard Isaiah Whitehead, had sleeper potential entering March, but then they went and beat Xavier and Villanova, a pair of eventual two seeds, in the Big East tournament, jumping up to a No. 6 seed in the Big Dance.

Butt they didn’t get any favors with the matchup. The Zags, who lost guards Kevin Pangos and Gary Bell in the offseason, then lost skilled 7-footer Przemek Karnowski to a back injury, struggled a bit throughout the year, but they still have one of the country’s best, most versatile frontcourts in Kyle Wiltjer and Domantas Sabonis, as well as improving guard play from Josh Perkins and Eric McClellan.

This may be a 6 vs. 11 matchup, but it’s projected as the closest matchup of the day.

Watch Gonzaga vs. Seton Hall on Mobile or Other Device

Sling TV subscribers (read above for info on how to sign up for free) can watch on the Sling app, which can be downloaded for free in the App store or the Google Play store. There’s also a Sling app for Roku, Chromecast, Nexus player, ZTE and XBox One.