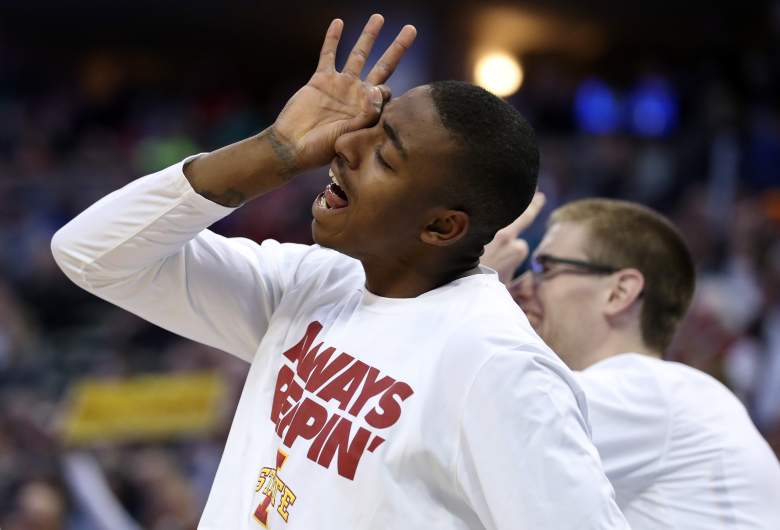 Iowa State hasn’t played well as the underdog this season, but the Cyclones are hoping to change that trend on Friday night. (Getty)

Iowa State has been playing some good basketball recently.

Of course, when you’re playing for your NCAA Tournament lives each time you step on the court, it’s fairly easy to understand why the Cyclones would bring their a-game. It’s also rather easy to point out that Iowa State hasn’t been playing the most dominant competition in the NCAA Tournament.

That changes on Friday night.

The Cyclones have a date; with top-seeded Virginia and, for the first time this Tournament, take on a defense that may just be able to slow down their high-powered offense.

This one is going to be fun to watch. But before we watch, read on for a complete breakdown of the odds outlook for the Sweet 16 tilt, via OddsShark:

Iowa State has been on a roll recently. Iowa State has also been playing teams that are, undeniably, not as talented as the Cyclones.

The Cyclones have lost six straight this season when they closed as the ‘dogs and those games saw the squad record an average scoring margin of -7.1 points. That is not ideal for betters looking to take Iowa State in the Sweet 16.

Also hurting the Cyclones chances of a berth to the Elite Eight? Virginia’s ridiculously talented defense. The Cavaliers just don’t let other teams score, it’s that simple. The UNDER is 12-3 in Virginia’s last 15 games and UA is 5-0 SU and ATS in its lat five as favorites of 5.5 points or fewer.

Still, there’s Iowa State hope and it is in the form of Georges Niang. The senior has seized control of his team this month, averaging  27.3 points, six rebounds and four assists in March alone. If the Cyclones are going to take down a top-seed, Niang is going to need all of those stats – and probably a few more.