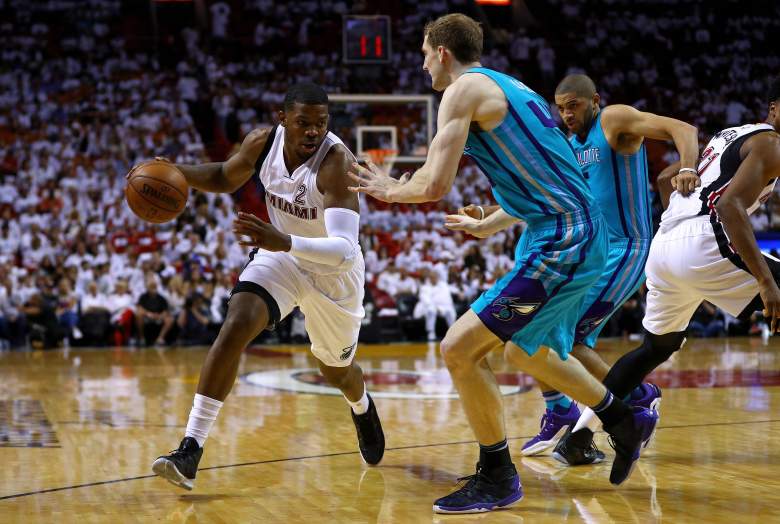 The Charlotte Hornets are facing a bit of a must-win situation on Saturday afternoon after falling 0-2 to start the series. (Getty)

The Miami Heat have been playing some pretty darn good basketball this postseason.

Granted, it’s only been two games, but even so, this squad looks nothing short of dominant in its matchups against the Charlotte Hornets, jumping out to a two-game lead heading into Saturday. A win tonight would give the Heat a chokehold on the matchup, but don’t count out the Hornets quite yet. After all, that’s why they play the game.

Tip-off for Game 3 of the series is slated for 5:30 p.m. ET and is being broadcast nationally on TNT. Not going to be near a TV when things get underway? That’s totally cool. Read on for all your best live stream options:

Watch Hornets vs. Heat on Mobile or Other Devices

Read More
Basketball, NBA
Miami has been nothing short of dominant this series and another win would add to that dominance. You're not going to want to miss this game.