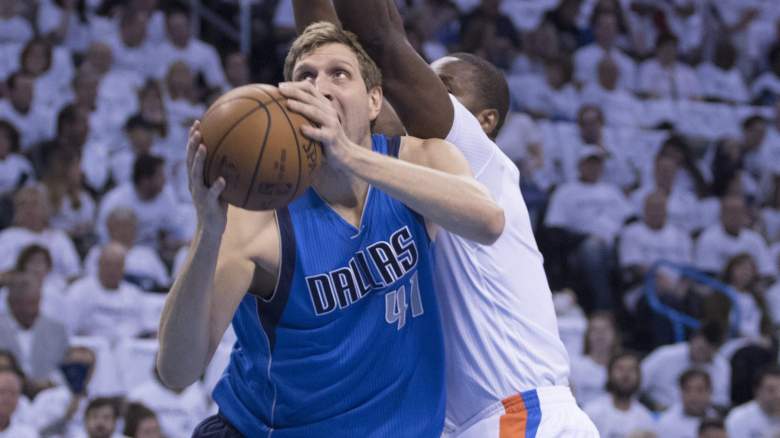 Well, well, well. It looks like we’ve got a series on our hands.

It appeared the Oklahoma City Thunder were on their way to Sweep City after a Game 1 blowout, but the Dallas Mavericks bounced back for a thrilling Game 2 win behind Raymond Felton and stifling defense.

Tied at one game apiece, the series now shifts back to Dallas, where the Mavs went 23-18 during the regular season. Still, with a banged up roster–probably no JJ Barea and possibly no Deron Williams–and with Kevin Durant unlikely to go 7-of-33 again, Dallas enters as a significant underdog.

As we saw on Monday, though, being an underdog doesn’t mean much. Here’s what you need to know to watch Game 3:

Watch Thunder vs. Mavericks Game 3 on Mobile & Other Devices

Read More
Dallas Mavericks, NBA, Oklahoma City Thunder
The Thunder and Mavericks head to Dallas with the series tied at one game apiece. Here's everything you need to know to watch Game 3.