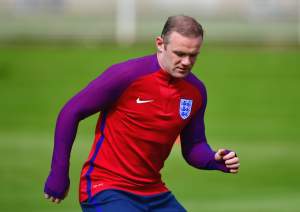 England takes on Russia in one of the most anticipated matches of Euro 2016 day two. England enters the tournament with one of their most talented squads in recent memory.

Russia enters the match ranked 29th in the world while England is ranked 11th. According to OddsShark, England is favored by a goal in the matchup.

It marks the second match of Group B. Wales and Slovakia kick off group play earlier in the day. Both Russia and England are the favorites to advance out of the group.

The supporters of each team have drawn attention in recent days for their early clashes in France.

LIVE STREAM: ESPN will offer a live stream of the match through their Watch ESPN apps and website. A cable or satellite login is required to access the stream.

The following are the projected lineups courtesy of UEFA. It will be updated with the official lineup once it is released.