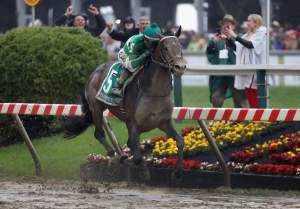 The 148th Belmont Stakes gets underway tonight. The slated post time is 6:32 p.m. and NBC will have the live broadcast of the race.

After a big victory in the Preakness, Exaggerator will look to add another Triple Crown race to his portfolio. Here’s all the details for the race.

Odds: Exaggerator comes into the race as the favorite at 5/4 after his Preakness win.

Race Preview: The storyline entering the Belmont is full of many narratives. Exaggerator is the favorite after finally defeating Nyquist in the Preakness. The win sent jockey Kent Desormeaux into a downward spiral that eventually led him to check into rehab. Desormeaux checked out of rehab in time to compete in Saturday’s race.

A month ago horse racing fans thought this day could be Nyquist’s bid to win the Triple Crown. After contracting a virus, the horse will not even be in New York.

Exaggerator and Lani are the only two horses to compete in all three Triple Crown races this year. All this leads to a Belmont race full of intrigue and unpredictability. 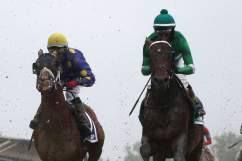