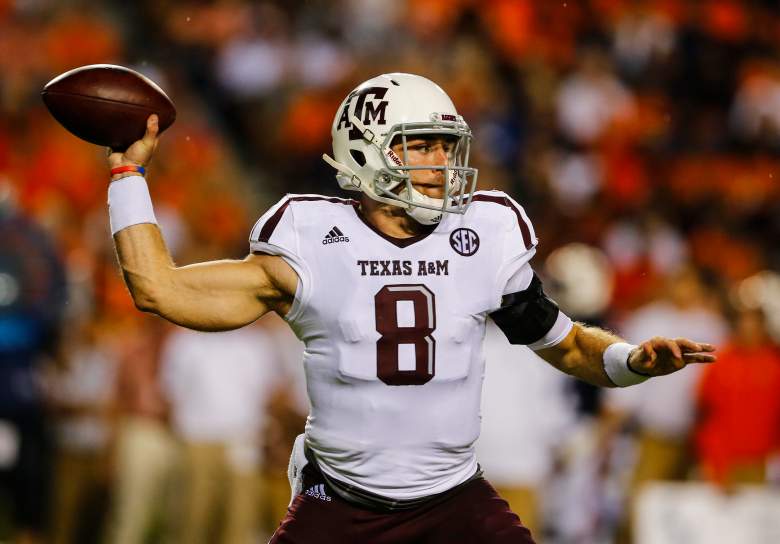 Texas A&M takes on Arkansas in a neutral site matchup at AT&T Stadium in Arlington. According to OddsShark, the Aggies are favored by 6 points against the Razorbacks.

The over-under is set at 49.5 points. The OddsShark computer projects an Arkansas 34.6-31.9 upset over Texas A&M. The computer is taking Arkansas against the spread and the over on the point total.

Both teams enter the game 3-0. Arkansas has a win over TCU but their two other wins came against non-Power Five teams. The Aggies have victories over UCLA and Auburn.

The Aggies have found success with Oklahoma transfer Trevor Knight at quarterback. Knight has plenty of receiving weapons to throw to including Christian Kirk and Josh Reynolds. Texas A&M may have the best pair of defensive ends in the country with Myles Garrett and Daeshon Hall both providing nightmares for opposing quarterbacks.

The S&P+ projects Texas A&M to win but by less than the spread. Last year, the two teams played in Jerry’s World in a back and forth contest where the Aggies were victorious at the end.

Heavy likes the Aggies to win this one but expect the Razorbacks to hang with them until the end in a shootout. Knight and the Texas A&M defense give them the edge in the matchup.